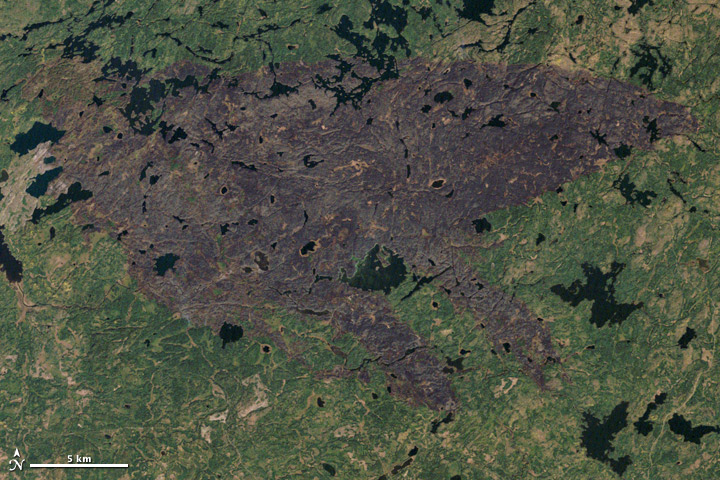 Burn Scar from the Pagami Creek Fire in Minnesota

Nearly two months after being ignited by lightning, the Pagami Creek Fire in northern Minnesota was nearly contained when Landsat-5 acquired this image on October 10, 2011. Since August 18, the fire has been burning in the Boundary Waters Canoe Area Wilderness in Superior National Forest. As of October 11, the fire had burned 92,682 acres and was 82 percent contained. Apart from a faint hint of smoke, there is little sign of current fire activity in the image. The burned forest, however, is charcoal-colored, in contrast to the green forest around it.