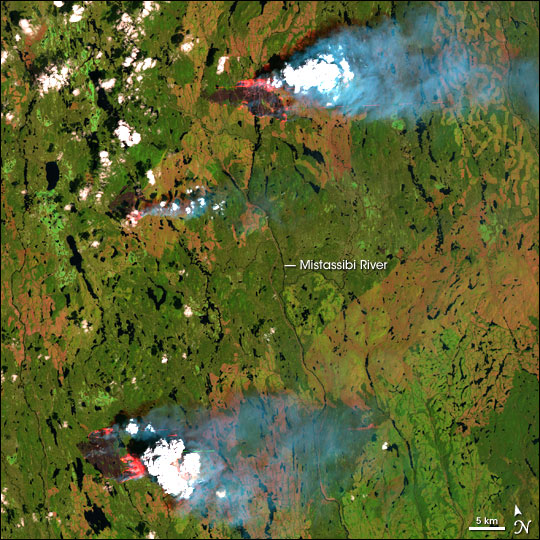 More than 80 fires were triggered by lightning in late May in Quebec. The flaming fronts of wildfires burning in Quebec, Canada, on June 2, 2005, are bright pink in this infrared-enhanced (not “natural” color) Landsat satellite image. Three fires are visible in the image, emitting bluish smoke plumes that blow eastward. Vegetation is in shades of green, sparsely vegetated or naturally bare soil is pinkish, and burned areas are deep reddish-brown. Water is dark blue to nearly black. The direction of the smoke as well as the fact that fires appear to be burning most actively on their eastern perimeter indicates the wind is blowing from the west. The area shown is north-central Quebec.