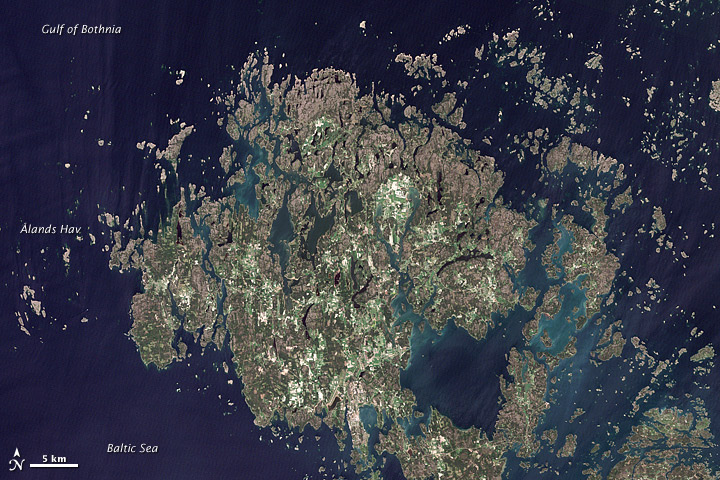 The Åland Islands (also known as the Aaland Islands) lie at the southern end of the Gulf of Bothnia, between Sweden and Finland. The archipelago consists of several large islands and roughly 6,500 small isles, many of them too small for human habitation.

Åland vegetation is a combination of pine and deciduous forest, meadows, and farmed fields. On nearly every island, however, the region’s characteristic red rapakivi granite appears.

Modern residents of Åland cut and use the granite in buildings and pavement, but much earlier, ice sculpted these rocks. About 20,000 years ago, a massive ice sheet stretched over Scandinavia and the Gulf of Bothnia, and glacial action gradually wore the granite smooth.