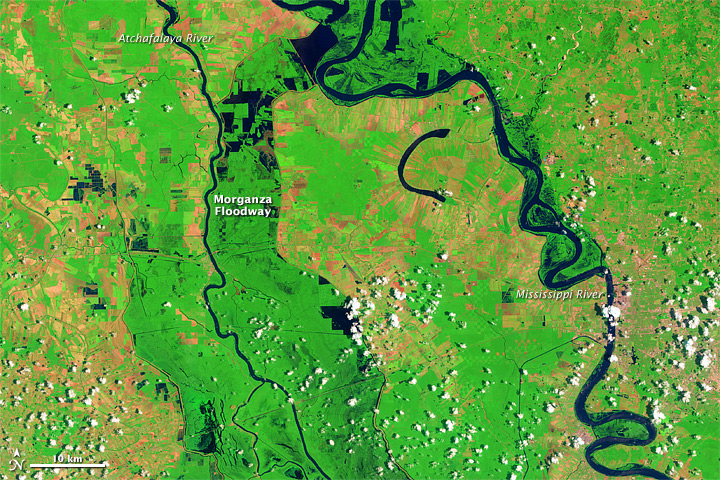 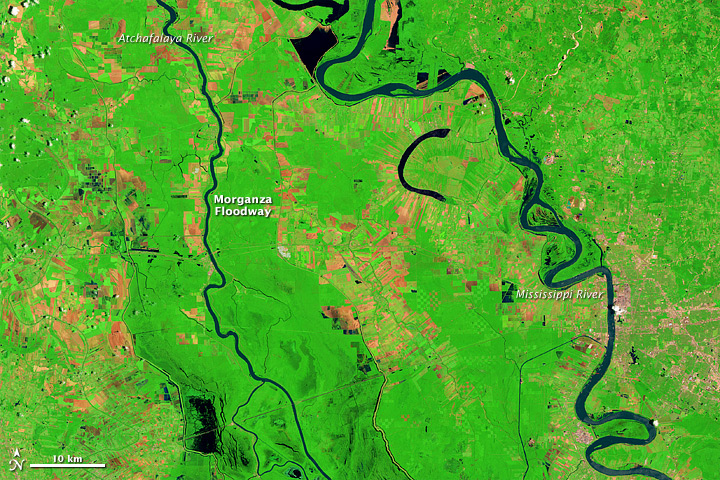 Water levels were slowly receding along the Mississippi and Atchafalaya Rivers in Louisiana in June 2011. Although the Advanced Hydrological Prediction Service reported flooding at several locations in the Baton Rouge area, flood levels were moderate and river levels were projected to continue falling over the next few days.

The Thematic Mapper on the Landsat 5 satellite captured these images on June 11, 2011 (top), and June 18, 2008 (bottom). In these false-color images, water is navy blue. Depending on land use, areas above water are green or burnt orange. Clouds floating overhead are nearly white and cast shadows.

Much of the land in and around the Atchafalaya Basin is devoted to agriculture, as the rectangular shapes of varying colors indicate.