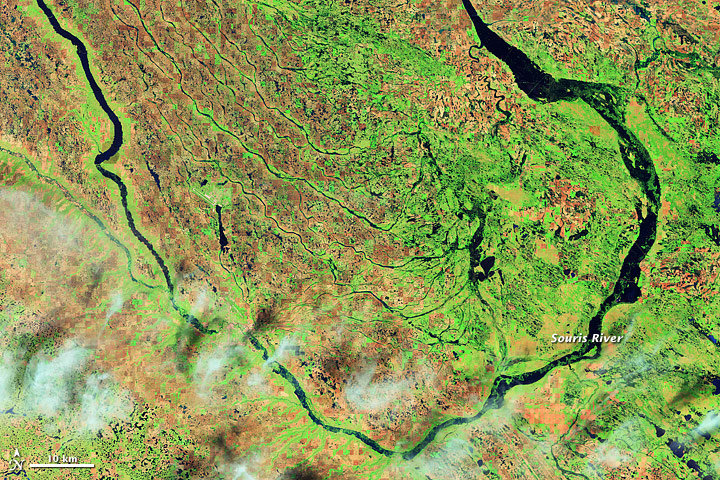 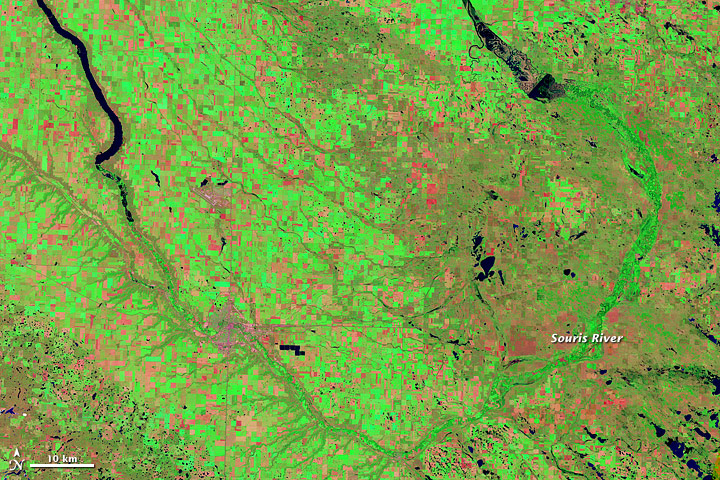 Flooding along the Souris River

On June 7, 2011, the Advanced Hydrological Prediction Service (AHPS) of the U.S. National Weather Service reported that multiple sites along the Souris River in North Dakota experienced flooding. Flood severity ranged from moderate to major, with some localities approaching or exceeding record levels.

These images compare the flooding of 2011 to more typical conditions. The Thematic Mapper on the Landsat 5 satellite acquired the top image on June 1, 2011, and the bottom image on July 2, 2002. In these false-color images, water appears navy blue. Clouds floating overhead in the 2011 image are pale blue-green and cast shadows. Depending on land cover, areas not underwater appear green, burnt orange, or orange-red. The checkerboard pattern evident in 2002 shows how much of this area is devoted to crops.

In 2002, the Souris River all but disappears along its southern loop. In 2011, not only is the river clearly discernible through the entire river valley, but higher water is also apparent in small tributaries around the Souris.