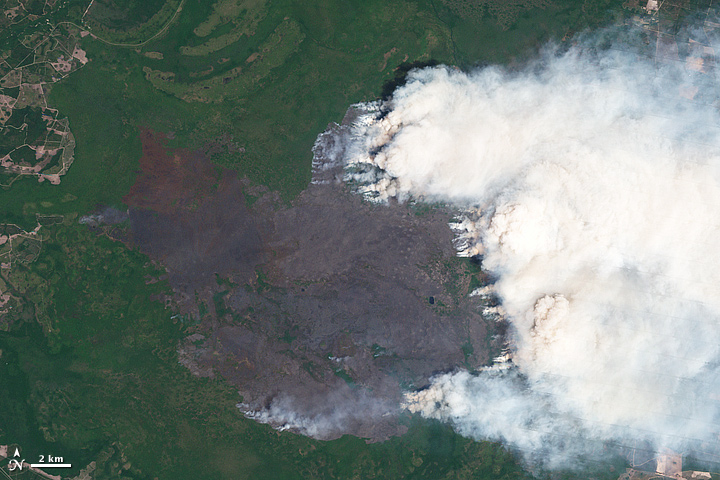 Not every fire is a disaster. The plumes of smoke billowing into the sky represent the greatest danger the Honey Prairie Fire posed on May 8, 2011, when the Landsat-7 satellite captured this image. The fire was burning primarily scrub and brush in the Okefenokee Swamp in southern Georgia, clearing the land for fresh prairie grass. Because fire restores the prairie ecosystem, fire managers in the Okefenokee National Wildlife Refuge allowed the fire to burn. Fire fighters worked to preserve structures and keep the fire within the refuge rather than contain the flames.

Lightning started the fire on April 28, and by 6 p.m. on May 8, about 61,822 acres had burned. The charcoal-black burned land is surrounded by lush, green cyprus forest and prairie. In 2011, drought primed the swamp for fire. Officials at the Okefenokee National Wildlife Refuge expect the fire to burn until heavy rains put it out.