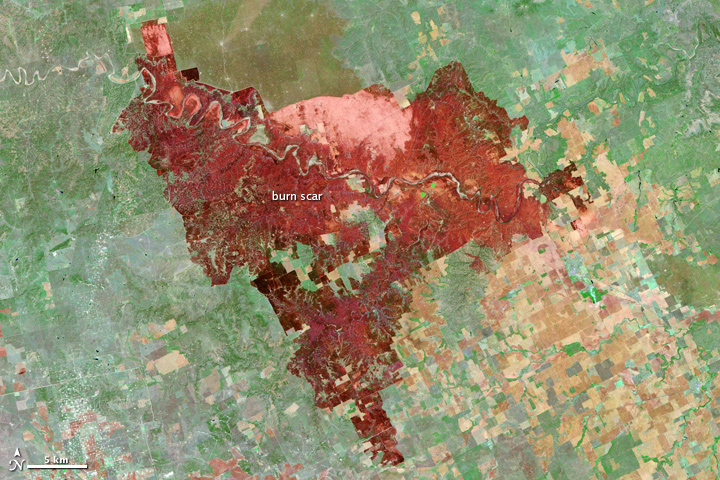 By the time it was contained, the Cooper Mountain Ranch Fire had burned 162,625 acres and consumed four homes in central Texas. This image, taken by the Landsat-5 satellite on April 18, 2011, shows the burn scar left by the fire.

Freshly burned land is brick red in this false color image. The two bright spots of green inside the burned area are irrigated fields that did not burn. Plant-covered land is green, and bare earth is tan and pink. Bright white flecks are man-made structures.