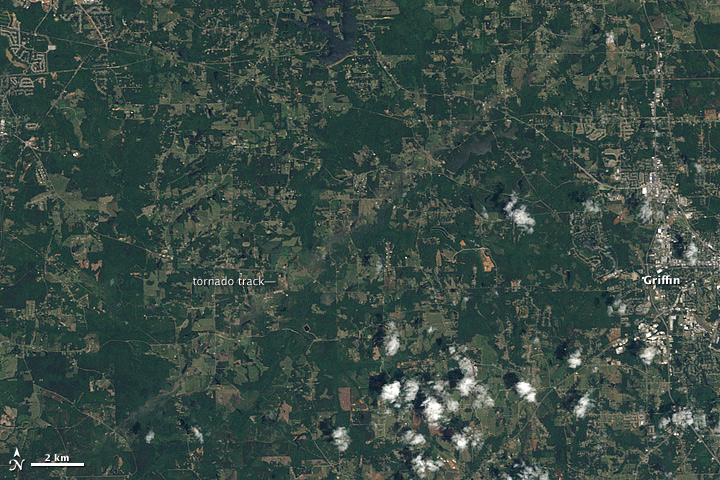 A pale green swath in this Landsat image from April 28, 2011, reveals the path of a tornado outside of Griffin, Georgia. The tornado touched down between 12:03 and 12:28 a.m. local time on April 28, hours before the image was taken. By the time the funnel cloud lifted, the tornado had covered about 20 miles with a path about half a mile wide, said the National Weather Service. The category EF3 tornado had sustained winds of about 140 miles per hour.

This image shows that the tornado moved across lightly populated farmland. Bright-colored spots are buildings, and some are close to storm’s path. The town of Griffin, shown on the far right, is the nearest community to the storm track in this area.