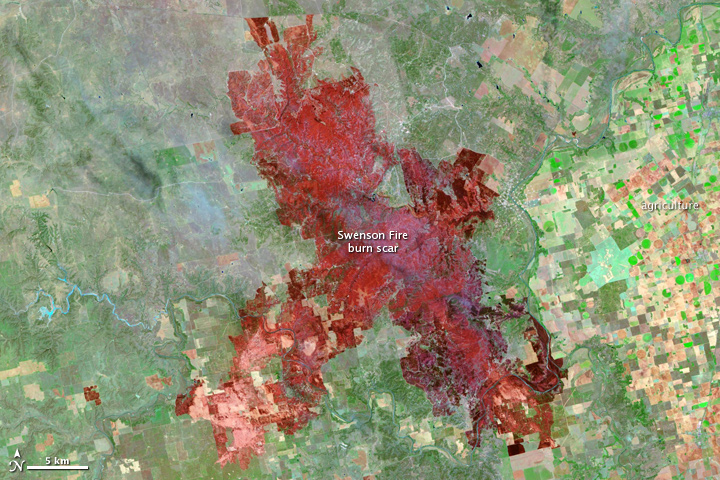 The Landsat-5 satellite acquired this image of the Swenson Fire burn scar on April 18, 2011. The fire was officially contained on April 22, after burning 122,500 acres in central Texas. The burned land is dark red, while unburned land is green. A dense area of agriculture starts immediately east of the burned area. The hint of pale blue immediately west of the fire is probably either thin cloud or lingering smoke.