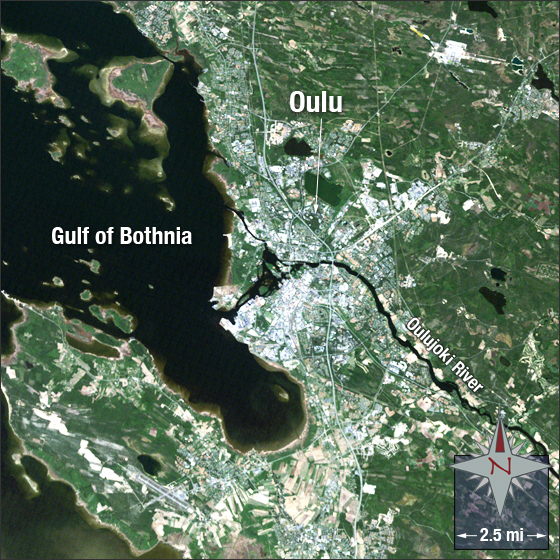 The city of Oulu was founded in 1605 by King Charles IX of Sweden. The name Oulu hails from the Northern Ostrobothnian dialect and means â€œFloodâ€. Today, Oulu is one of the most populous cities in Northern Finland and the sixth most populous city in all of Finland. Oulu is located on the coast of Finland’s Gulf of Bothnia and at the mouth of the Oulujoki River.

In this image Oulu is a grayish-white, vegetation is green, bare ground is brown and water is a dark bluish black.