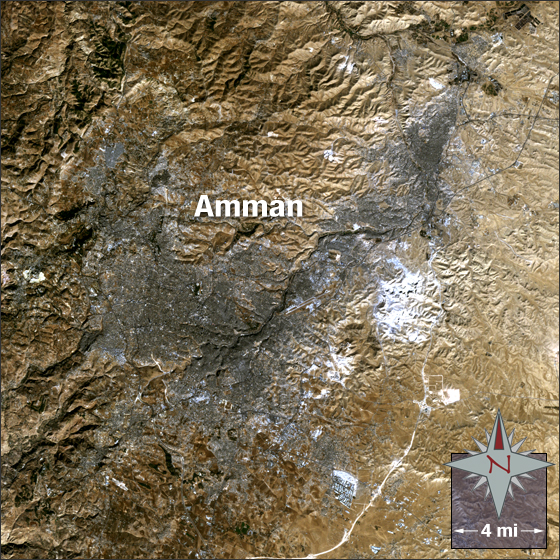 Amman, Jordan is one of the oldest continuously inhabited cities in the world. Evidence of human habitation dates back to the Neolithic period of around 10,050 B.C. Amman is the largest city of Jordan and its capitol with a population of approximately 2,800,000 people. It is located in a geographic area containing nineteen hills in northwestern Jordan.

In this image the city is grey, white is bright sand and stone, and bare ground is brown.