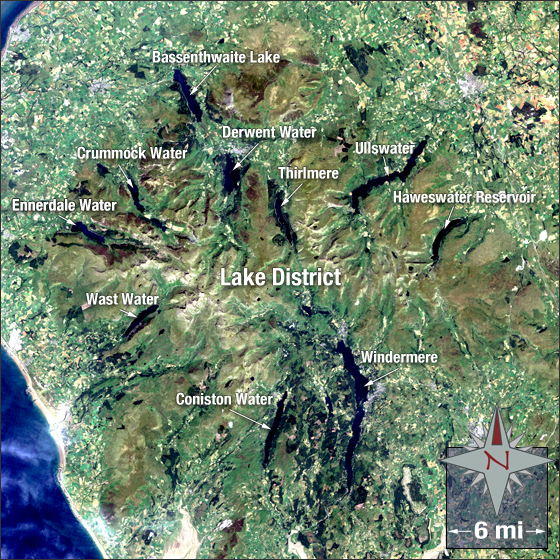 The Lake District is a mountainous region in northwest England. It derives its name from the many bodies of water scattered around the Cumbrian Mountains. There are 14 main bodies of water but only one official lake: Bassenthwaite Lake. The other bodies of water are referred to as â€œmeres,â€ â€œwaters,â€ â€œtarns,â€ or â€œreservoirs.â€ The lakes were formed approximately two million years ago when glaciers carved out deep valleys, which over time filled in with meltwater and rain.

In this image the water is blue/dark blue, bare ground is yellow and tan, vegetation is green, and developed areas are grey.