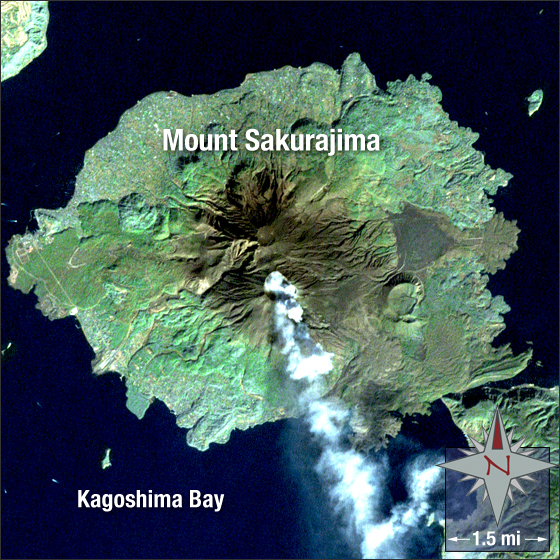 Mount Sakurajima is an active composite volcano in southern Japan. The volcano, located in the northern reaches of Kagoshima Bay, was formed approximately 13,000 years ago. Formerly an island, Mount Sakurajima connected with the Osumi Peninsula after lava flows from a 1914 eruption.

In this image vegetation is green, bare ground is brown, water is blue, and smoke is white. A small explosion from the volcano, which has been erupting almost every year for the past 55 years, created this smoke plume.