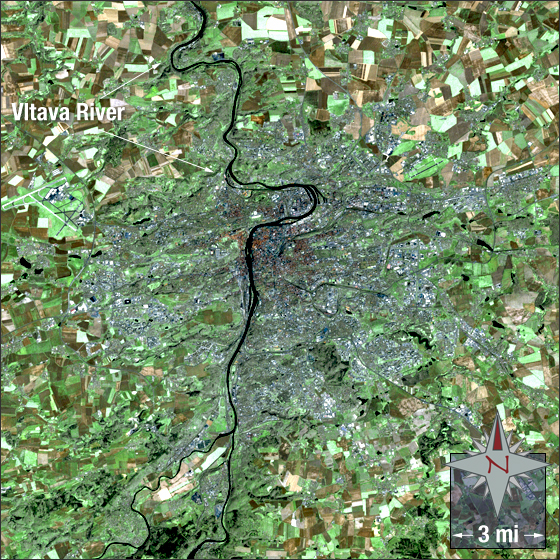 The city of Prague (Praha) grew from two castles during the 9th and 10th centuries. The Prague Castle was erected in the 9th century on the western bank of the Vltava River and the VyÅ¡ehrad was erected in the 10th century on the eastern bank. Prague was twice the seat of the Holy Roman Emperor and capital of the Holy Roman Empire. Today, Prague has a population of over 1.3 million people and is known as a global city. It is deemed an important node point in the global economic system. The city is located in central Bohemia.

In this image Prague is a mixture of dark blue, grey with tan clustered in the middle. Vegetation is green, bare ground is brown and water is black.