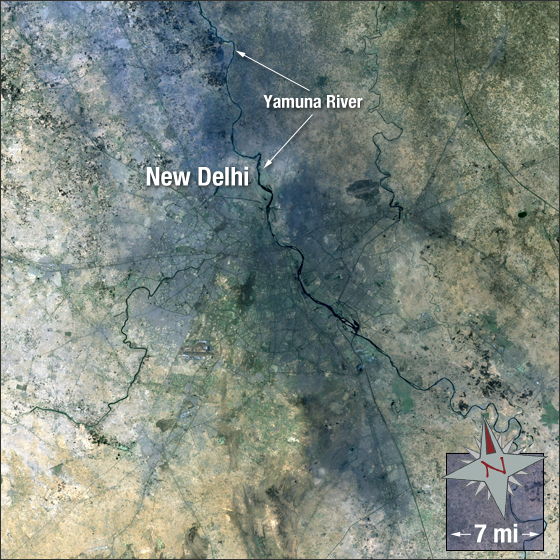 New Delhi was planned by British architects Edwin Lutyens and Herbert Baker. The foundation of the city was laid on December 15, 1911. New Delhi is one of the nine districts of Delhi and the capital city of India. New Delhi has a population of over 295,000 and is one of the fastest growing cities in the world.

In this image New Delhi is grey, vegetation is green, water is black, and bare ground is brown.