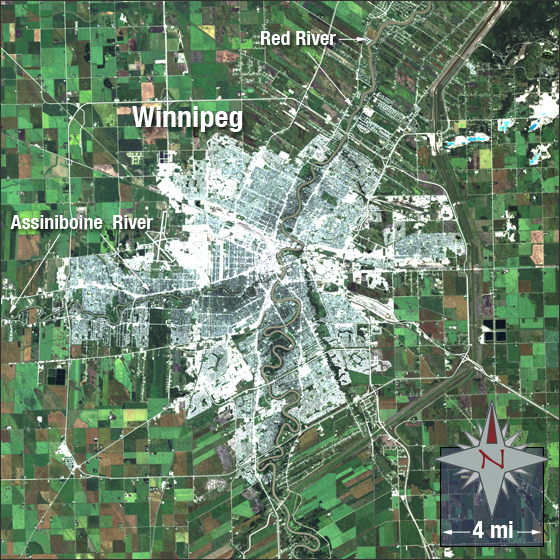 The area of Winnipeg, in Manitoba, Canada, was a place of trade for the Canadian aboriginal peoples before European settlement. French traders built the first fort there in 1783. In 1812 Selkirk settlers founded an outpost which would later form the center of Winnipeg when it was founded in 1873. Winnipeg is the capital and largest city of Manitoba home to over 630,000 people. The city is located at the confluence of the Red and Assiniboine Rivers near the longitudinal center of North America.
In this image Winnipeg is grey, vegetation is green, and bare ground is brown.
This Landsat 5 image was acquired August 25, 2009. It is a true color image using bands 3, 2 and 1. Winnipeg falls on Landsat WRS-2 Path 30 Row 25.