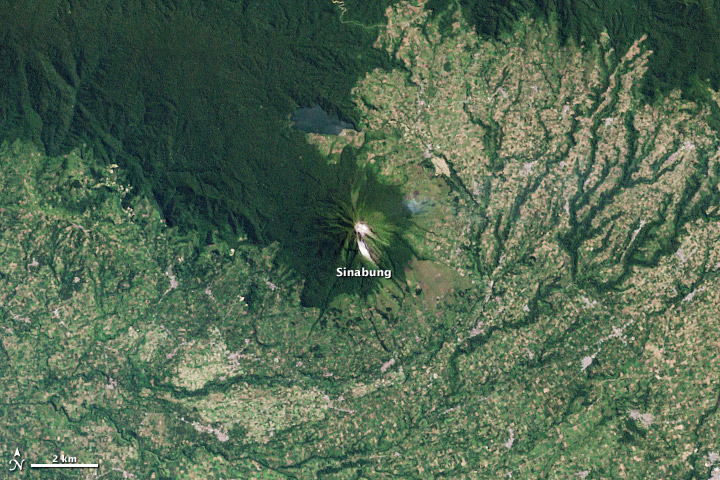 Dormant since at least the year 1600, Indonesia’s Mount Sinabung erupted on August 29, 2010. According to the Volcanological Survey of Indonesia, ash reached about 2,000 meters (7,000 feet) above the 2,460-meter (8,070-foot) summit. More eruptions followed on August 30, and the volcano remains active.

This natural-color satellite image shows Sinabung while it was dormant on May 19, 2003. The image was acquired by the Enhanced Thematic Mapper plus (ETM+) aboard the Landsat-7 satellite. Dark green areas are heavily forested, while light green and beige areas are agricultural land. Both the summit of Sinabung and a gully to the south are bare gray rock. Gray patches amidst the agricultural areas are towns.