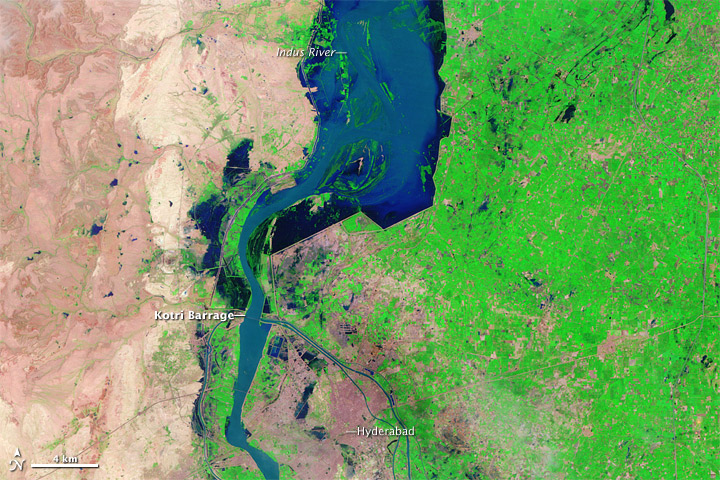 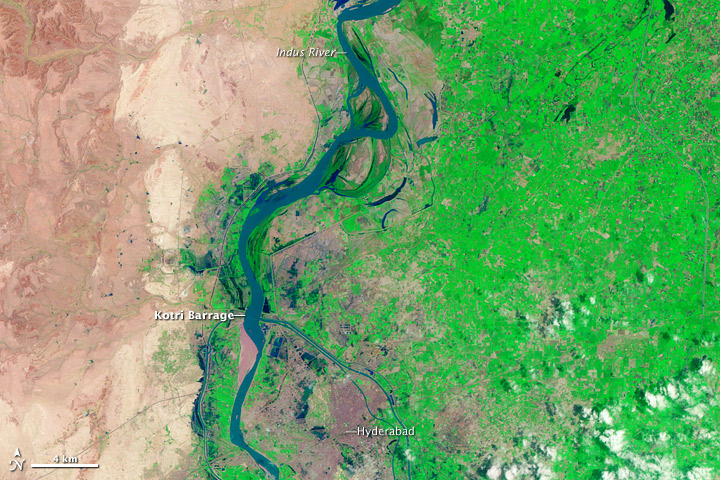 Floods on the Indus River continued to surge downstream into southern Pakistan more than three weeks after the initial floods started. By August 19, 2010, when the Landsat-5 satellite acquired the top false-color image, the floods had started to reach the Kotri Barrage, an irrigation structure immediately north of Hyderabad. The Kotri Barrage is the final such structure before the river empties into the Arabian Sea.

Compared to conditions in 2009 (lower image), the Indus was only slightly swollen around the Kotri Barrage on August 19, but gauge readings at the barrage showed that water levels were rising fast. The river above the barrage is several kilometers wider than normal. Embankments or canals are clearly containing the flood on the east side of the river north of Hyderabad. Bits of green farmland are visible beneath the blue waters of the river.

The floods began in late July when unusually intense monsoon rains fell over northern Pakistan. By August 19, vast swaths of northern and central Pakistan were flooded. The floods were expected to reach Hyderabad, a city of 1.5 million people, between August 20 and August 22, reported The New York Times.

NASA image by Robert Simmon, based on Landsat 5 data from the USGS Global Visualization Viewer. Caption by Holli Riebeek.