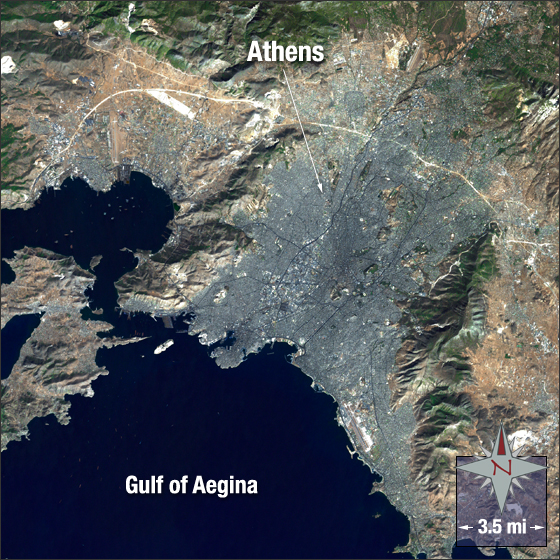 Athens, Greece began its history in the Neolithic period and later became known as the cradle of western civilization. It’s the capital and largest city of Greece with a population of 745,513. Athens is located in the south of Greece across the central plane of the Attica Basin.

In this image you can see Athens in grey surrounded by vegetation in green and bare ground in brown. The Gulf of Aegina, part of the Aegean Sea, is dark blue.