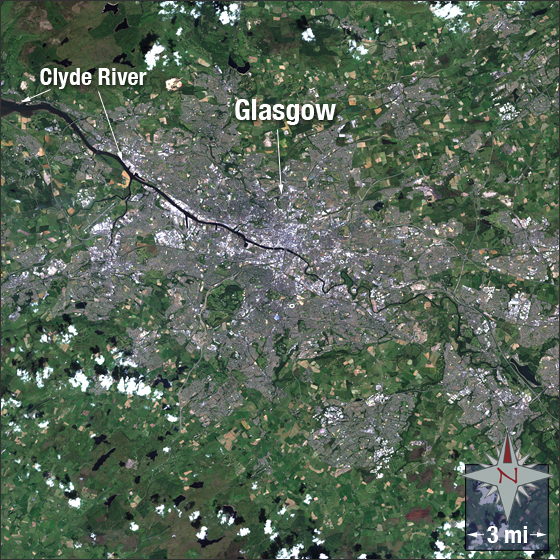 Glasgow, Scotland was formed around the Bishopric of Glasgow during the medieval era. It is the largest city in Scotland and third most populous city in the United Kingdom home to 588,280 people in the city and over 1.2 million in the surrounding urban area. The city is located in the west central lowlands of Scotland on the River Clyde.

In this image Glasgow is grey, vegetation is green, clouds are white (in lower left) and bare ground is brown.