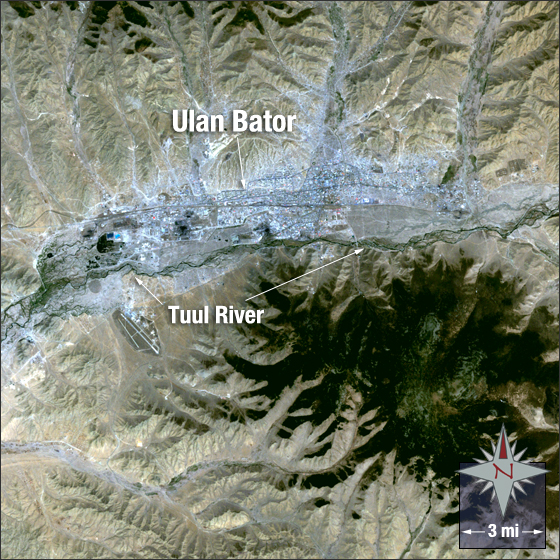 Ulan Bator, Mongolia was initially founded as a Buddhist monastic centre in 1639. It is the capital and largest city of Mongolia with a population of just over one million. It is located at the junction of the Tuul and Selbe rivers in the north-central Mongolia.

In this image Ulan Bator is a silvery-grey. The city is surrounded by hills, mountains, and bare ground that appear various shades of brown and tan. Vegetation appears in dark green and areas shaded by mountains appear black.