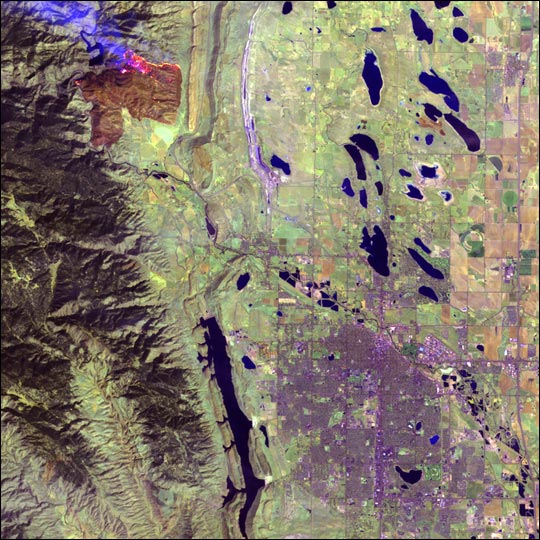 This image of the Picnic Rock Fire near Ft. Collins, Colorado was taken mid-morning on April 1, 2004 when the fire covered approximately 5,500 acres. Data from the shortwave, near-infrared, and visible portions of the electromagnetic spectrum reveal actively burning areas (yellow and pink pixels). The burn scar appears brown, while fields cleared for planting are tan and emerging crops and grasslands are light green. Developed areas, including Fort Collins in the lower right corner of the image, are purple.

By April 7th the fire was 95% contained, and had consumed 8,900 acres in a mostly uninhabited area.

The image was acquired by the Thematic Mapper instrument aboard the Landsat 5 satellite.