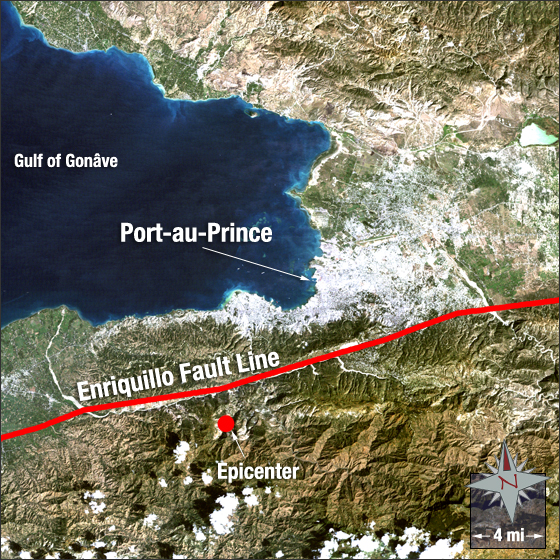 Late in the Haitian afternoon on January 12, 2010 an earthquake measuring magnitude 7.0 on the Richter Scale occurred. The earthquake’s epicenter was 16 miles west of Port-au-Prince, the largest city and capital of Haiti. The earthquake and its subsequent aftershocks affected over 3,000,000 people, left an estimated 1,000,000 people homeless, 300,000 injured, and 230,000 confirmed dead.

In this image Port-au-Prince appears grey and white, the surrounding vegetation is green, and bare ground is brown. The Gulf of GonÃ¢ve is shown in blue. The red line indicates the Enriquillo Fault line and a red dot shows the epicenter of the earthquake.