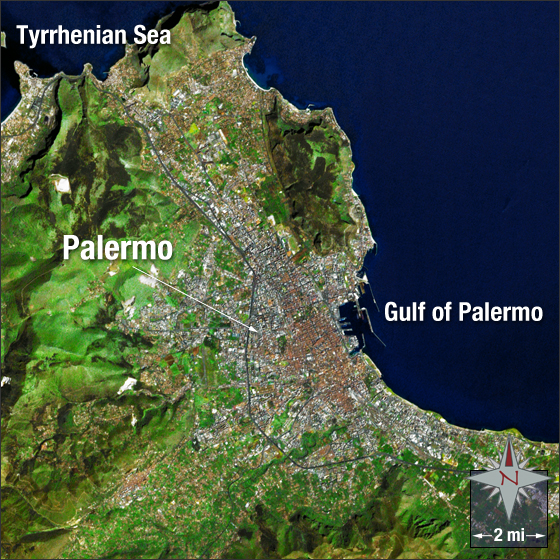 Palermo was founded by the Phoenicians in the eighth century B.C. and named by the Ancient Greeks as Panormus meaning all-port. It is currently the capital of Sicily, an autonomous region in Southern Italy. The city has a population of approximately 670 thousand people. It is located on the northwest of the island of Sicily next to the Gulf of Palermo. In this image, Palermo appears a silvery brown and is surrounded by green hills and mountains. The Gulf of Palermo and the Tyrrhenian Sea appear in blue.