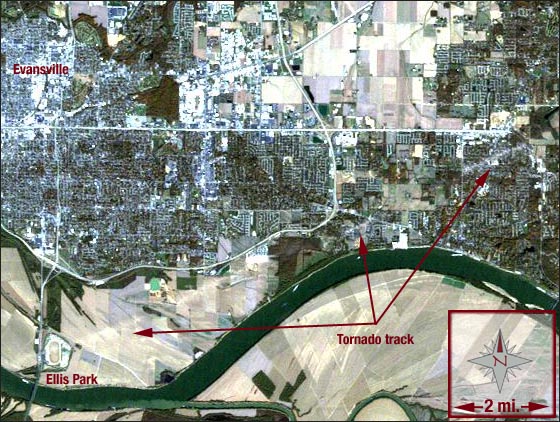 On Nov. 6, 2005, a tornado tore through southwest Indiana leaving a path of destruction 400 yards wide and 41 miles long. The tornado was classified as an F3 on the Fujita-Pearson Scale, meaning it was a severe tornado with wind speeds between 158 and 206 mph.

The destructive vortex of wind touched down just before 2 a.m. on a Sunday morning. The timing of the storm caused many people to sleep unknowingly through the tornado warnings that were issued, leading to 24 casualties and making it the deadliest 2005 U.S. tornado.