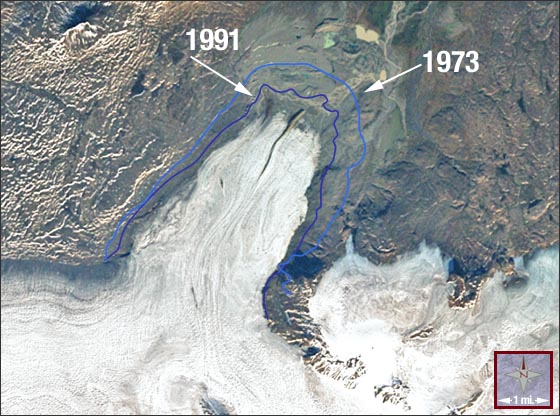 Eyjabakkajökull is an outlet glacier of the Vatnajökull ice cap in Iceland. It has been retreating since a 2.8-km surge occurred in 1972-1973. This true-color Landsat 7 image shows the glacier terminus in September 2000, by which time it had retreated 1.8 km. The light- and dark-blue outlines show the terminus extent in 1973 and 1991, respectively.