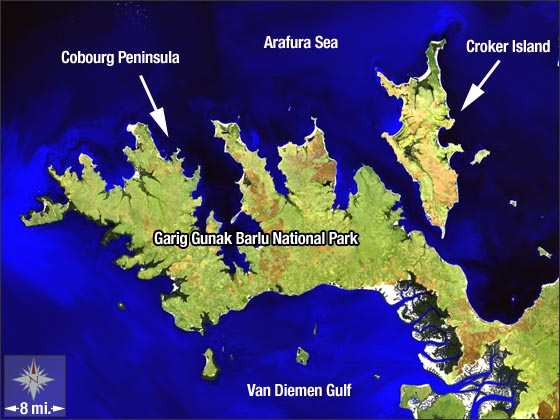 Garig Gunak Barlu National Park is found in the northernmost reaches of Australia's Northern Territory on the Cobourg Peninsula and is part of Arnhem Land, a 91,000 kmÂ² tract of Aboriginal land. The park encompasses the entire Cobourg Peninsula as well as the surrounding waters of Van Diemen Gulf and the Arafura Sea.