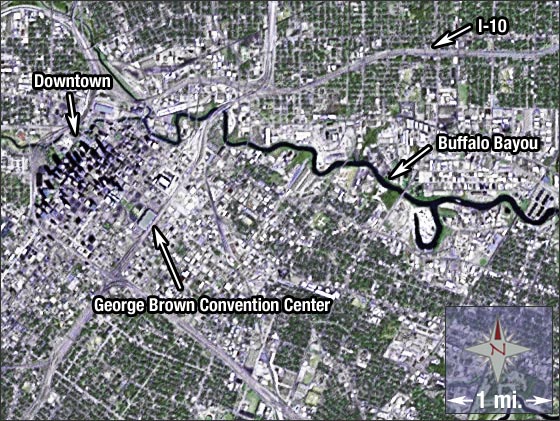 Home to more than 2 million people, Houston, Texas is the fourth largest city in the United States. Houston was founded in 1836 by two brothers who named the city after the hero of the Texas War for Independence, General Sam Houston.

To see a Landsat 7 image showing Houston's proximity to the Gulf of Mexico, visit the USGS image gallery. This Landsat 7 image was acquired on August 30, 2000. It is a pseudo natural-color composite of ETM+ bands 7, 4, 2, and the 15 m panchromatic band. Houston can be found on Landsat WRS-2 Path 25 Row 39.