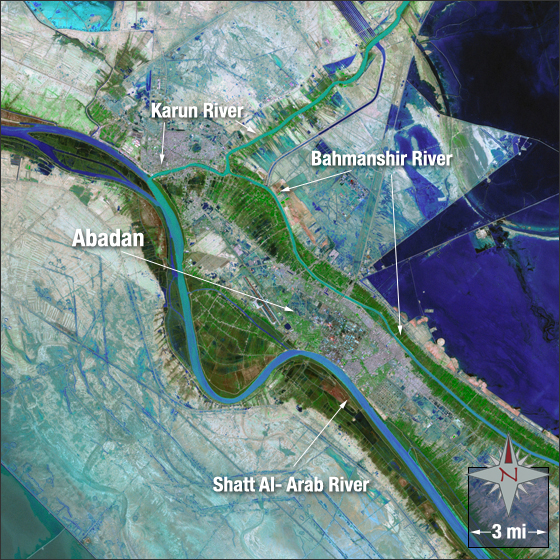 Abadan is a city in southwestern Iran thought to have been founded in the 8th century by a holy man named Abbad. The city lies between two riversâ€”the Shatt al-Arab (or Arvand River) to the west and the Bahmanshir River to the east. In this image you can see Abadan in light purple and grey surrounded by vegetation in green. Bare ground is shown in brown and water in blue.