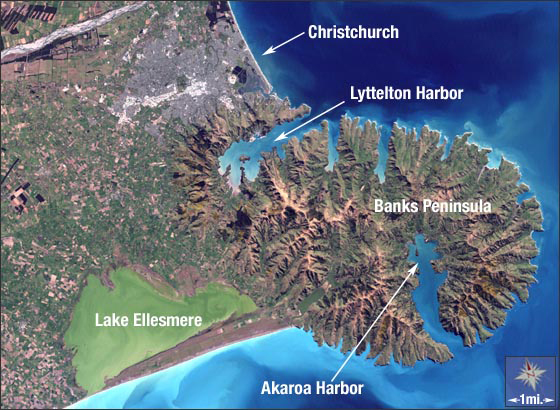 Christchurch is New Zealand’s second largest city. It is located on the South Island’s eastern shore at the southern end of Pegasus Bay and just north of Banks Peninsula.

The oval shape of Banks Peninsula dominates this image. The peninsula is what remains of two large volcanoes that once stood nearly 5,000 feet above the sea. Lyttelton and Akaroa Harbors mark the location of the two major volcanic craters. Today, the tallest peaks on Banks Peninsula are less than 2,000 feet.