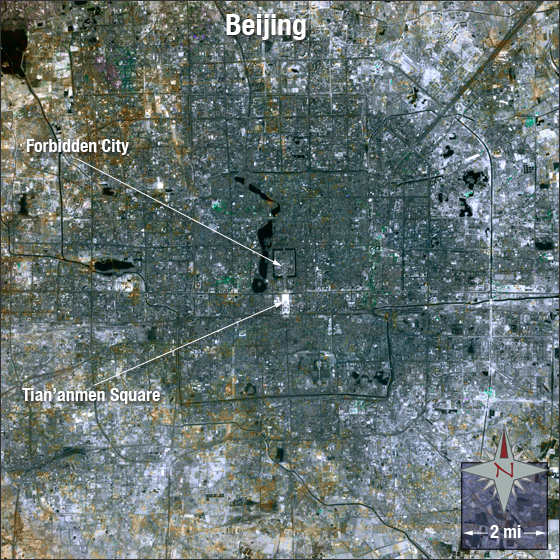 Beijing (Peking) is the second largest city in the People’s Republic of China with a population of over 13 million people. It is located in northern China at the tip of the North China Plain.

The urban area of Beijing, shown here in dark grey, spreads out in concentric bands of roads. Tian’anmen Square and the Forbidden City are located in the center of the city. Residential areas surround the city in light grey. Water appears black. This image was acquired on April 30, 2000. It is a pan-sharpened natural-color image using ETM+ bands 3, 2, 1 and the panchromatic band. Beijing falls on Landsat WRS-2 Path 123 Row 32.