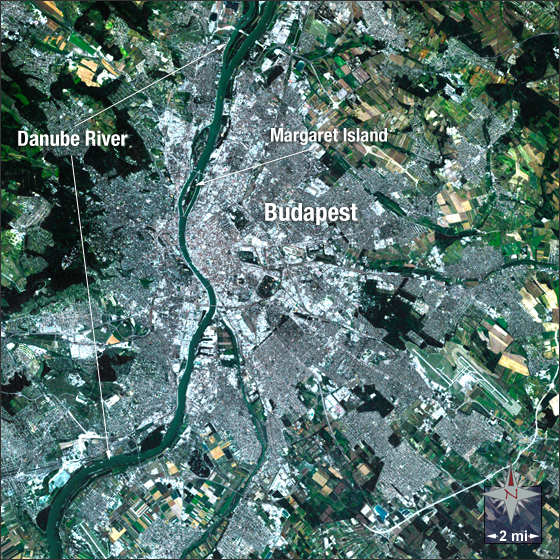 Budapest is the largest city and capital of Hungary with approximately 1.7 million people. It is located in the mid-northern section of Hungary and is divided from North to South by the Danube River. The river acts as a natural barrier dividing the city into Buda and Pest, Buda being on the western hilly side and Pest on the eastern plains side.

In this image Budapest appears grey in color and is surrounded by green and beige fields. The blue Danube River can be seen meandering through the city.