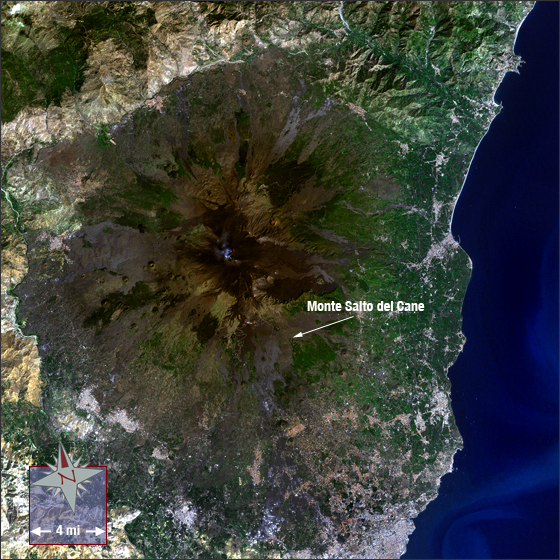 Italy's Mount Etna is found on the east coast of Sicily, near the cities of Messina and Catania. It is the largest active volcano in Europe, standing 10,924 feet tall. It spreads out over an area of 460 square miles, has a basal circumference of approximately 87 miles, and has solidified lava covering nearly 4000 square feet of its surface.

Eruptions on Mt. Etna have been documented longer than eruptions anywhere else. The small image insert shows a drawing that was attached to a letter sent in 1635; it maps out Mt. Etna's powerful eruptions that started in 1634 and caused great devastation. Lava flows from this eruption are shown flanking Mt. Salto del Cane, a lesser volcanic cone of Mt. Etna, to the east and west. Today, Mt. Etna is still one of the world's most active volcanoes.