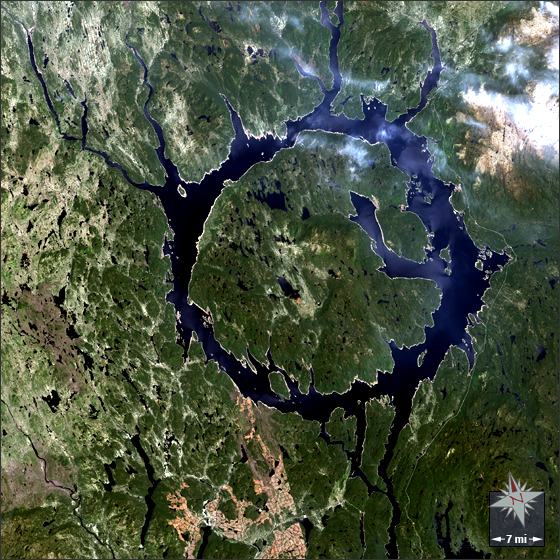 Lake Manicouagan lies in an astrobleme in central Quebec covering an area of approximately 1206 square milesâ€”an area half the size of Delaware. An astrobleme is a scar left on the Earth’s surface from an impact of a meteorite. Lake Manicouagan is the result of one of the largest identified asteroid or comet impacts on Earth. In the middle of the lake, on Rene-Levasseur Island, Mount Babel rises 3,123 feet into the air.

Lake Manicouagan is thought to have formed about 212 million years ago plus or minus 4 million years. This happened when an approximately 3.1 mile-diameter asteroid crashed into Earth toward the end of the Triassic period. Some scientists speculate that this impact may have been responsible for the mass extinction that wiped out more than half of all living species.