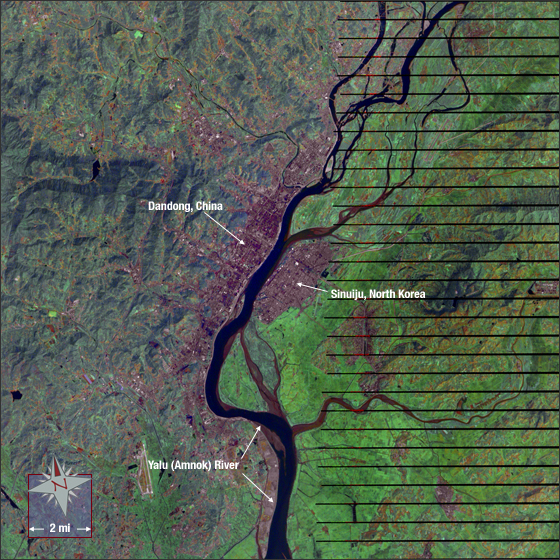 The Landsat 7 satellite flew its 50,000th orbit on Monday, September 8, 2008. The path of Landsat 7's 50,000th orbit took it over a swath of China and Korea. The image featured here was acquired during that orbit. This image features the Chinese city of Dandong and the North Korean city of Sinuiju. The two cities are separated by the Yalu River and are linked via the China-Korea Friendship Bridge.