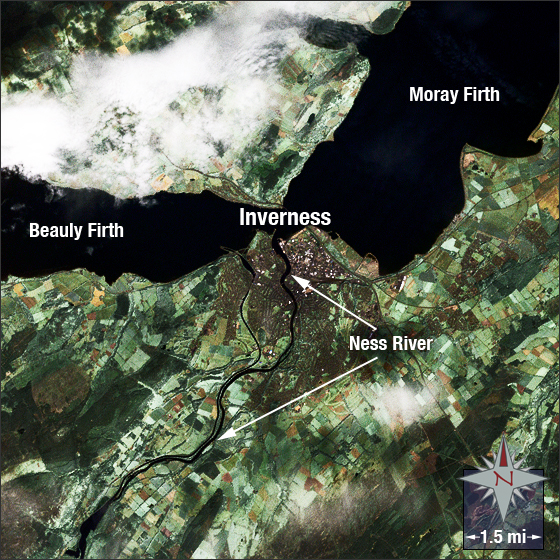 Inverness, in northern Scotland, is known as â€œThe Capital of the Highlands.â€ The city derives its name from the Scots’ Gaelic term â€œInbhir Nisâ€ which translates as â€œmouth of the Ness.â€ It officially became a city in 2001 after competing with other locations to be awarded the status of â€œcity.â€

In this image, you can see a patchwork of agricultural fields in green and brown. Inverness is centrally located and appears dark brown and white; it is split by the River Ness.