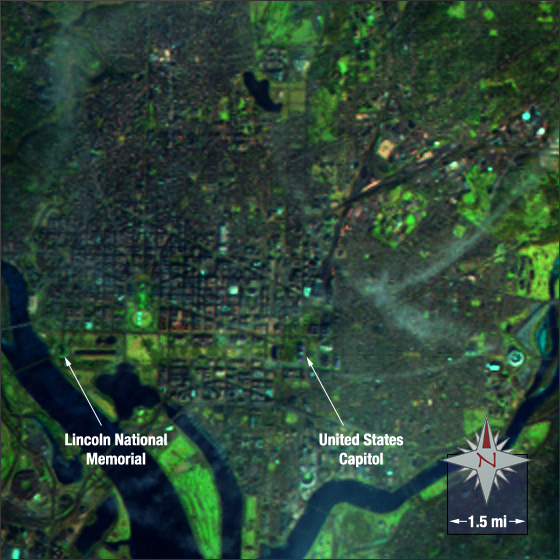 On January 20, 2009 close to two million people descended upon the nation’s capital to witness the inauguration of President Barack Obama as the 44th U.S. president. In this false color Landsat 5 image, the mall appears green and brown; the large brown spot visible between the Capitol Building and its reflecting pool is a result of the large crowd that was already gathered there when this image was acquired at 10:31 a.m. High-altitude wispy clouds and jet contrails can also be seen above the city.