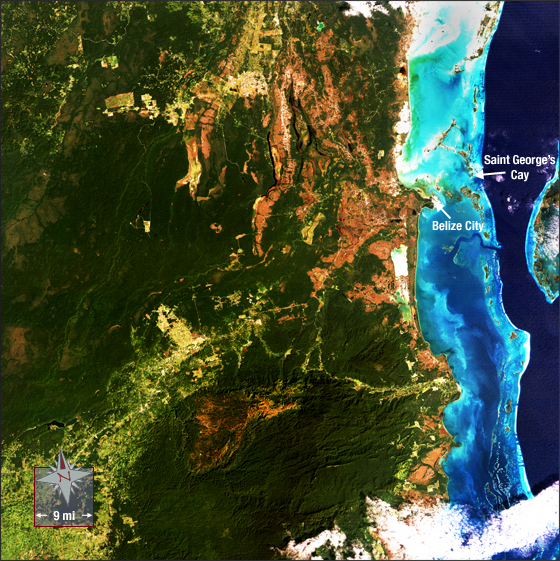 On the eastern coast of Central America, just south of Mexico, lies the country of Belize. Belize is a small nation with only 300,000 inhabitants and 8800 square miles of land (equal to 8.5 Rhode Islands). The northern tip of Belize falls on the southernmost part of the Yucatan Peninsula, which separates the Gulf of Mexico from the Caribbean Sea. Belize’s Caribbean coast is full of small islands, known as cays, and coral reefs. Among these is the world’s second largest barrier reef, the 200 mile-long Belize Barrier Reef.

,p>The geography and sparse population of Belize made it a favorite spot for English pirates and buccaneers in the late seventeenth-century. The pirates could congregate in the ungoverned region, take wood from the dense forests to repair their ships, and use the treacherous reef-filled waters to evade retaliating ships. Today, some three centuries later, words and phrases used by those seventeenth-century pirates can still be heard in everyday speech.

This natural-color Landsat 5 image was acquired on December 27, 1989. A north-central portion of Belize’s coastline is displayed. You’ll find the Belize Barrier Reef where the dark blue water of the Caribbean turns to a light blue.