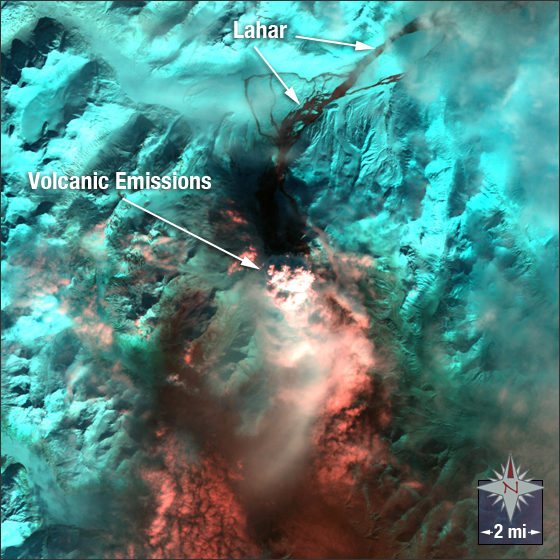 On March 22, 2009, the Alaskan stratovolcano Mount Redoubt started a succession of eruptions. The volcano, as seen here in this March 26, 2009 Landsat 5 image, is covered in snow and spewing water vapor and volcanic gas into the air. A lahar (a slurry of water and volcanic debris) can be seen flowing North from the volcano.

Using Europe's MetOp-A satellite data, maps of Mt. Redoubt’s sulfur dioxide emissions have been made. These maps enable tracking of volcanic cloud drifts around the world.

The Landsat 5 image above was created using reflected light from the shortwave infrared, near-infrared and green portions of the electromagnetic spectrum (Landsat 5 TM bands 7,4,2).