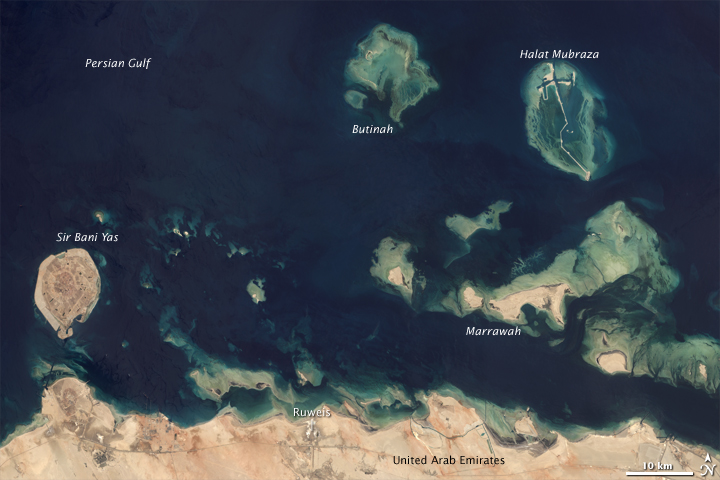 Coral Reefs in the Persian Gulf

Pale green when viewed through the water of the Persian Gulf, coral reefs fringe the shoreline and islands of the United Arab Emirates in this Landsat satellite image. The reefs are more extensive than the islands they surround in many cases. The natural-color image was made from data collected by the Landsat 7 satellite on July 3 and July 10, 2002.

The reefs are an oasis of biological diversity, and they are among the most extensive reefs in the Gulf. Starting in January 2005, a division of the World Wildlife Federation in Abu Dhabi used Landsat images such as this one to create the first map of coral reefs off Abu Dhabi in the United Arab Emirates and Qatar. The map will help resource managers assess the quality and quantity of marine resources in the region and to make decisions that protect them.