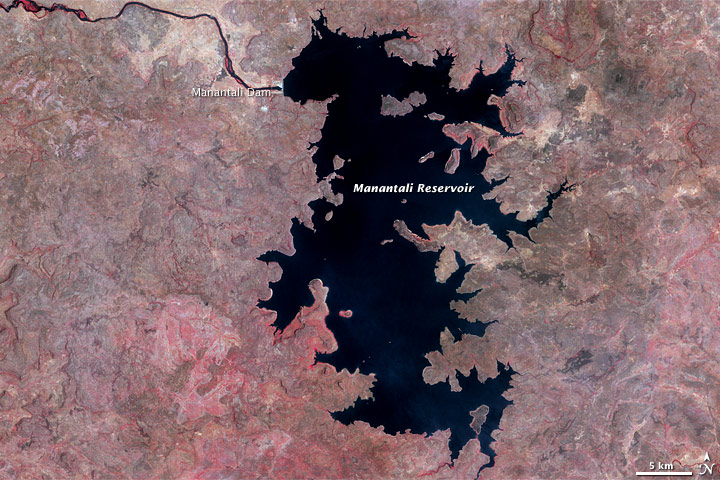 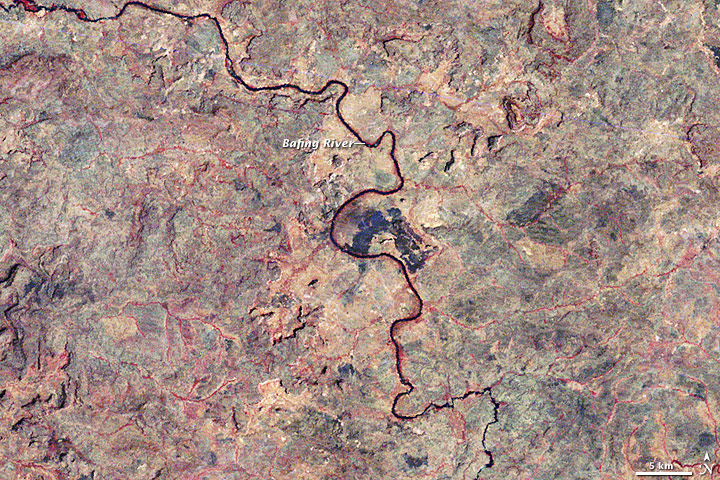 The Bafing River travels through Guinea and Mali, and eventually joins with the Senegal River in western Africa. Historically, seasonal rainfall at the source of the Bafing River caused flooding along the Senegal River, and the seasonal floods supported agriculture that fed hundreds of thousands of people. In the 1970s, however, drought struck the region, prompting a multinational effort to develop irrigation and power generation. The project entailed building two large dams. One of the dams is Mali’s Manantali Dam.

The Enhanced Thematic Mapper Plus on NASA’s Landsat 7 satellite acquired the top image on March 24, 2003. The Multispectral Scanner on NASA’s Landsat 2 satellite took the bottom image on January 31, 1978. These images show a dramatic transformation of the landscape with the construction of Manantali Dam and the resulting reservoir, which fills much of the image.

By the early 2000s, the results of the Manantali Dam appeared mixed. The dam did generate hydropower, although not until 13 years after its completion. The reservoir, however, displaced some 10,000 people, and the irrigation methods used after the dam’s construction provided lower agricultural yields to small farmers than the agricultural practices that had been followed earlier.