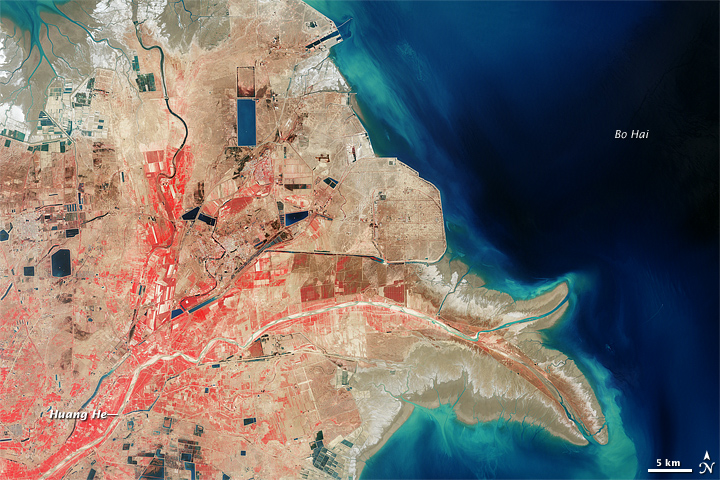 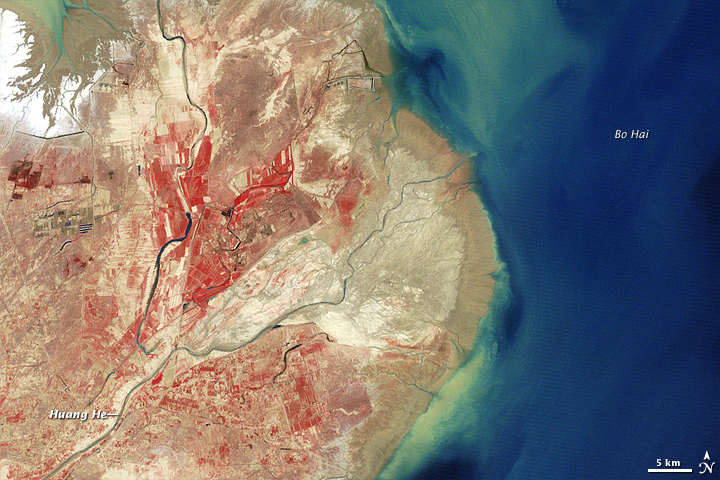 China’s Yellow River, or Huang He, is the world’s muddiest. Stretching some 5,475 kilometers (3,395 miles) from eastern Tibet to Bo Hai, the river travels through soft plateaus of silt, picking up a massive sediment load on its journey. The river derives its yellow color from fine particles of mica, quartz, and feldspar.

Compared to the earlier image, the 2000 shot shows an increase in developed land and a slight decrease in vegetation. The most striking difference between the two images, however, is the shape of the coastline. A steady supply of sediment expanded the Yellow River delta until it pushed into Bo Hai like a giant hook. Sediment colored the coastal waters bright blue. This delta-building process has added several hundred square kilometers of land to China’s coast.