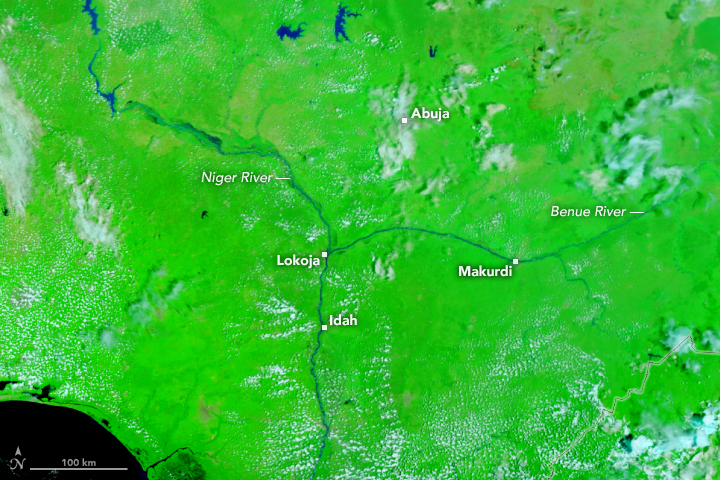 The rainy season in Nigeria was especially harsh in 2022, with heavy rains producing deadly, destructive floods in numerous states. In October, flooding in the country’s south submerged homes and farmland, and displaced hundreds of thousands of people.

This false-color image (right) shows flooding along the Benue and Niger rivers on October 11, 2022. For comparison, the other image (left) shows the same area on October 24, 2021, during more typical conditions.

Both images were acquired by the Visible Infrared Imaging Radiometer Suite (VIIRS) on the Suomi NPP satellite. The images use a combination of infrared and visible light to make it easier to distinguish between water (blue) and land (green).

Toward the top of the image, floodwater had inundated numerous communities along the banks of both rivers. Near their confluence, floodwater inundated Lokoja, the capital city of the state of Kogi. Flooding continued to the south, including a noticeably widespread area spanning southern Kogi and the northern part of Anambra state. The natural-color images below show a detailed view near this area. They were acquired by the Operational Land Imager-2 (OLI-2) on Landsat 9 on June 12 and October 2, 2022. 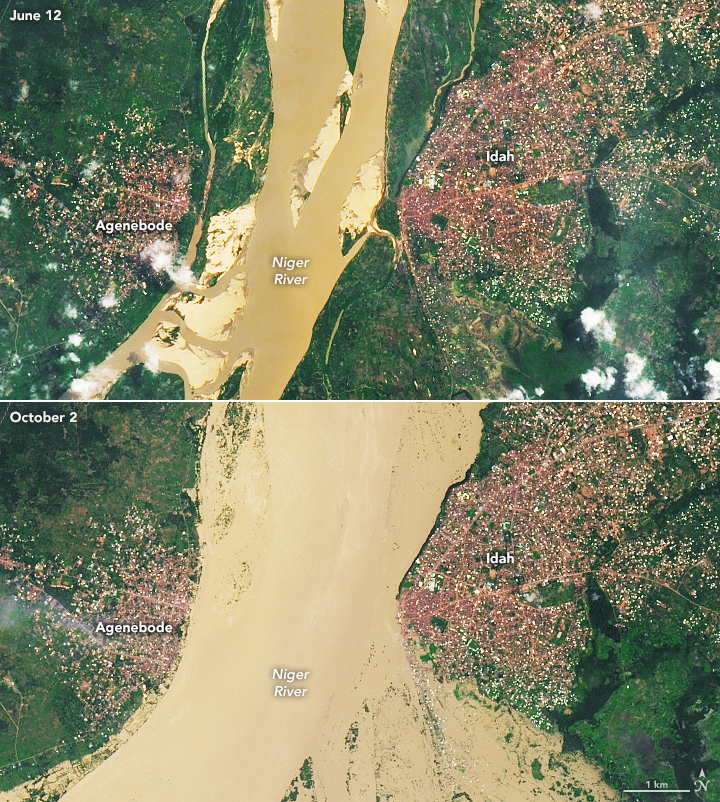 Emergency management agencies reported that floodwater in Anambra has displaced more than 600,000 people. The flooding has also been deadly. On October 7, a boat capsized and killed dozens of people trying to escape rising waters.

Severe flooding has also affected other parts of Nigeria throughout the 2022 rainy season, which generally spans April to October. In the northeast, outbreaks of cholera are being attributed to water sources that have been contaminated by floodwater.

According to news reports, the flooding in Nigeria this year was the worst on record since 2012.