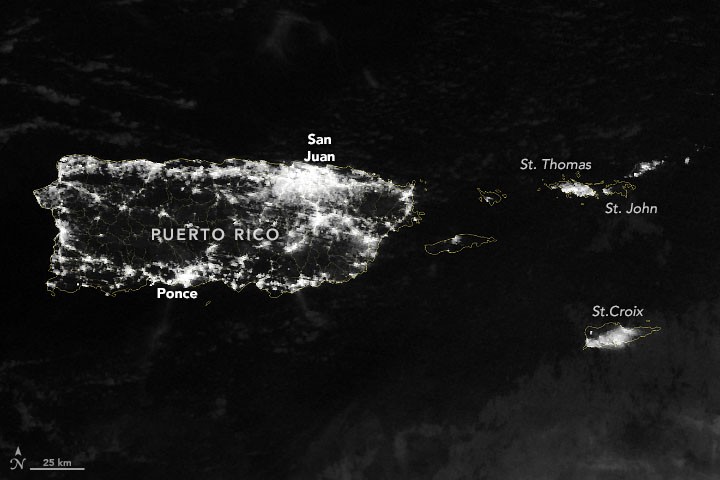 After being struck by fierce winds, torrential rainfall, and widespread flooding from Hurricane Fiona, citizens of Puerto Rico were enduring significant power outages in mid-September 2022. Extreme heat and troubles with water supplies added to the miseries for the people, while federal and local agencies worked to bring relief.

The blackouts came almost exactly five years after Hurricane Maria decimated the island, and six years after a power plant fire took down much of the grid.

The images above were acquired in the early morning hours of September 22 and June 29, 2022—nights with few clouds and similar Moon phases. The observations were made by the Visible Infrared Imaging Radiometer Suite (VIIRS) on the NOAA–NASA Suomi NPP satellite. VIIRS has a low-light sensor—the day/night band—that measures light emissions and reflections.

According to unofficial estimates, roughly 950,000 of Puerto Rico’s 1.5 million business and residential customers were without power on the afternoon of September 22. While outages were spread across the island, Ponce, Arecibo, Caguas, and Mayagüez counties (in the south, central, and western regions) had the highest percentages of power losses. 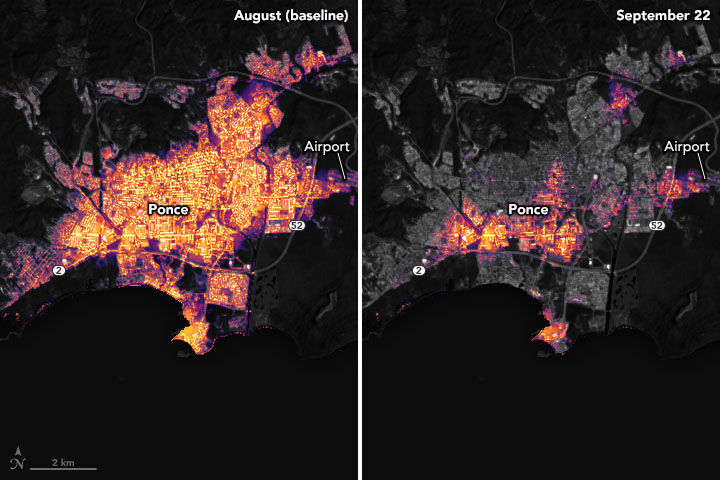 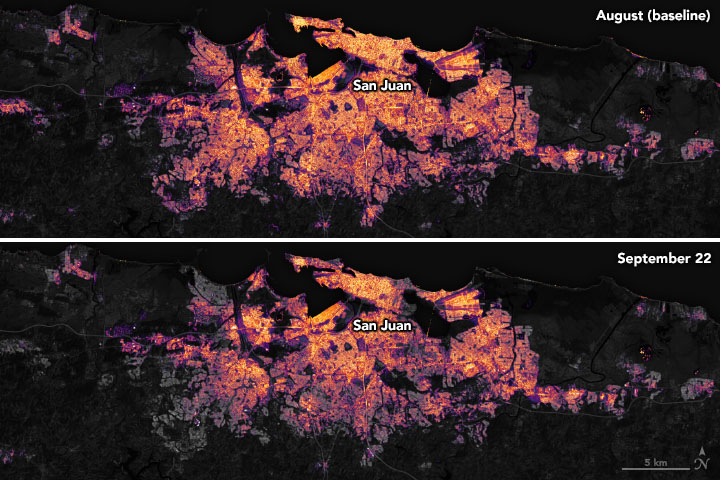 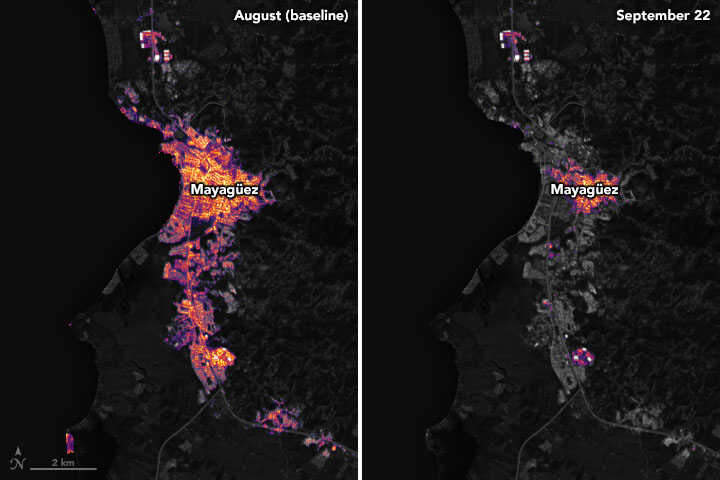 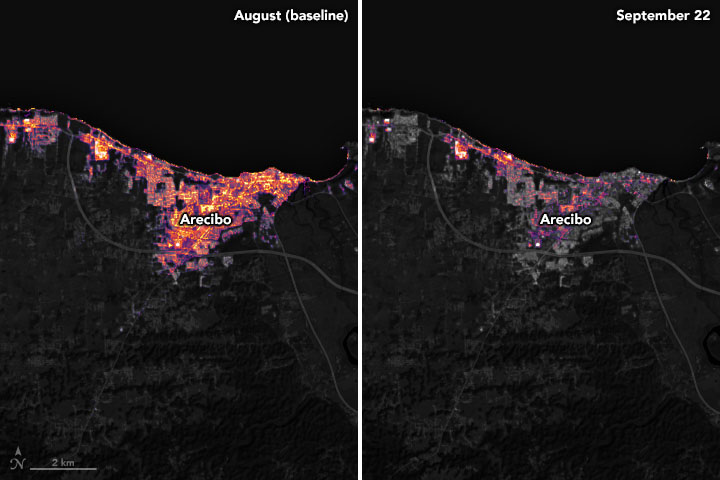 These images focusing on the cities of Ponce, San Juan, Mayagüez, and Arecibo were created by scientists from the Black Marble Project at NASA’s Goddard Space Flight Center, Science Systems and Applications, Inc., the University of Maryland College Park, and the Leidos Civil Group. The images show nighttime light emissions before and after Fiona passed through the city. The team processed and analyzed VIIRS data, comparing a pre-storm composite (August) to conditions after the hurricane. These data were then overlaid on a base map of landcover data collected by Landsat 9.

VIIRS day/night band makes it possible to distinguish the intensity of lights and to observe how they change. (Sometimes they also can decipher sources and types of light.) Nighttime imagery can be used by relief agencies to identify areas that are most in need of aid and support.

Precision is critical for studies with night lights. Raw, unprocessed images can be misleading because moonlight, clouds, pollution, seasonal vegetation—even the position of the satellite—can change how light is reflected and can distort observations. The processing by the Black Marble team accounts for such changes and filters out stray light from sources that are not electric lights.