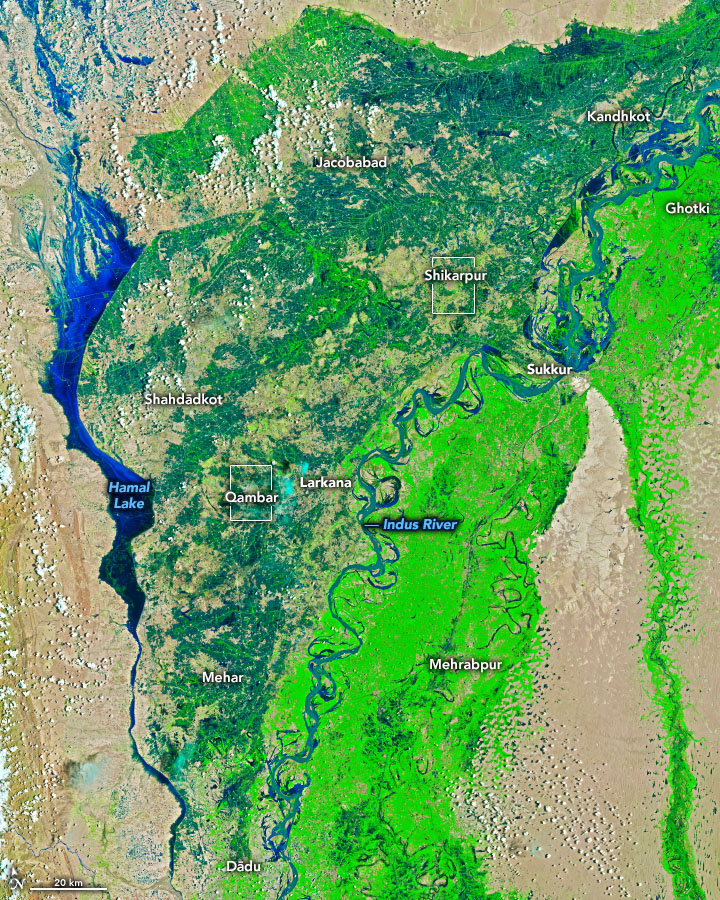 Since mid-June 2022, Pakistan has been drenched by extreme monsoon rains that have led to the country’s worst flooding in a decade. According to Pakistan’s National Disaster Management Authority, the floods have affected more than 33 million people and destroyed or damaged more than 1 million houses. At least 1,100 people were killed by floodwaters that inundated tens of thousands of square kilometers of the country.

The false-color images above were acquired by the Operational Land Imagers aboard the Landsat 8 and Landsat 9 satellites on August 4 and 28, respectively. The images combine shortwave infrared, near infrared, and red light (bands 6-5-4) to better distinguish flood waters (deep blue) beyond their natural channels.

The worst flooding occurred along the Indus River in the provinces of Punjab, Khyber Pakhtunkhwa, Balochistan, and Sindh. The provinces of Balochistan and Sindh have so far this year received five to six times their 30-year average rainfall. Most of that arrived in summer monsoon rains.

Across the country, about 150 bridges and 3,500 kilometers (2,200 miles) of roads have been destroyed, according to ReliefWeb. More than 700,000 livestock and 2 million acres of crops and orchards have also been lost. 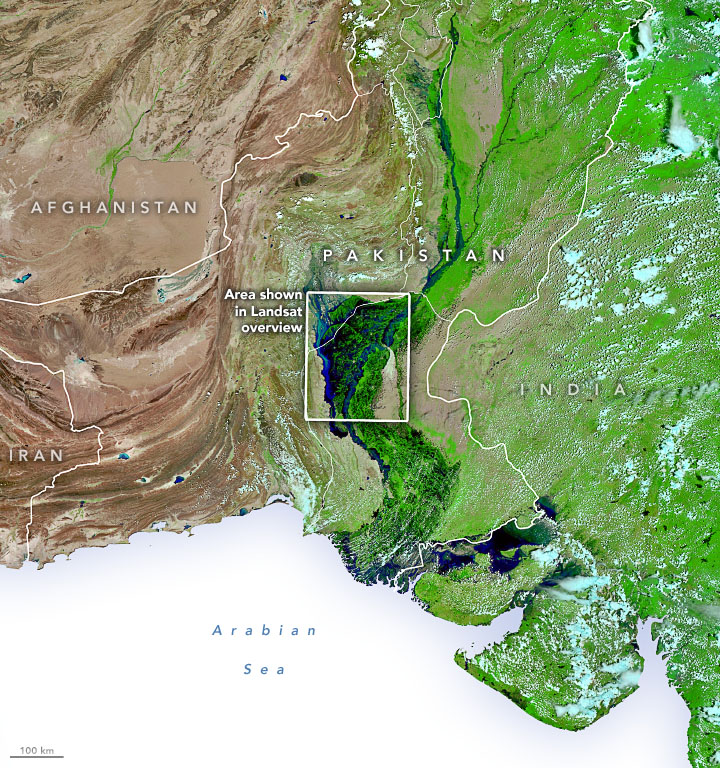 The image above, acquired by the Visible Infrared Imaging Radiometer Suite (VIIRS) on the NOAA-20 satellite on August 31, 2022, shows the extent of flooding in the region. The image uses a combination of near-infrared and visible light to make it easier to see where rivers are out of their banks and spread across floodplains.

The immense volume of rain- and meltwater inundated the dams, reservoirs, canals, and channels of the country’s large and highly developed irrigation system. On August 31, the Indus River System Authority authorized some releases from dams because the water flowing in threatened to exceed the capacity of several reservoirs. 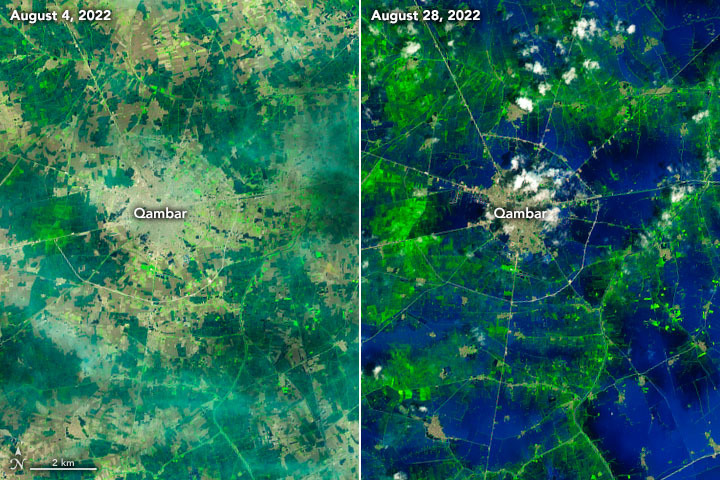 In the southern reaches of the Indus watershed, the deluge has turned plains into seas. These detailed images show the districts of Qambar and Shikarpur in Sindh province, which from July 1 to August 31 received 500 percent more rainfall than average. 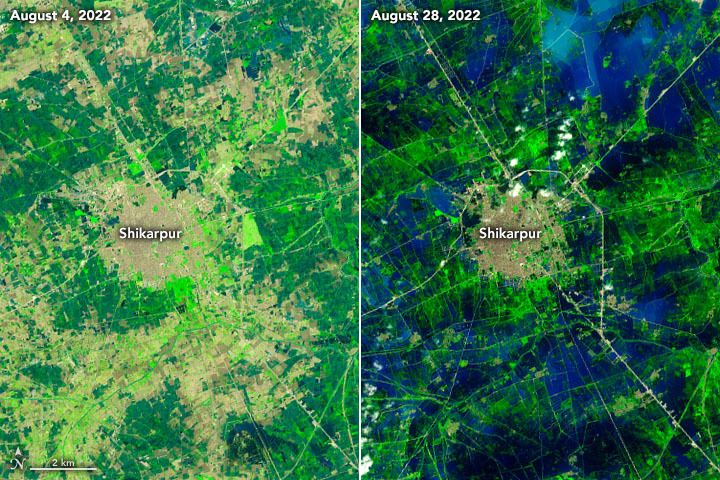 The effect of the monsoon rains has been compounded by the continued melting of Pakistan’s 7,000 glaciers. The country holds the most glacial ice found outside the polar regions. Climate warming and recent heat waves have precipitated several glacial-outburst floods. In the rugged northern part of the country, the combined rain and meltwater has turned slopes into hill torrents.

On August 30, the Pakistani government declared a national emergency and, with the United Nations Office for the Coordination of Humanitarian Affairs, called for international aid for humanitarian relief efforts.

Pakistan last faced such dramatic and widespread flooding in 2010.