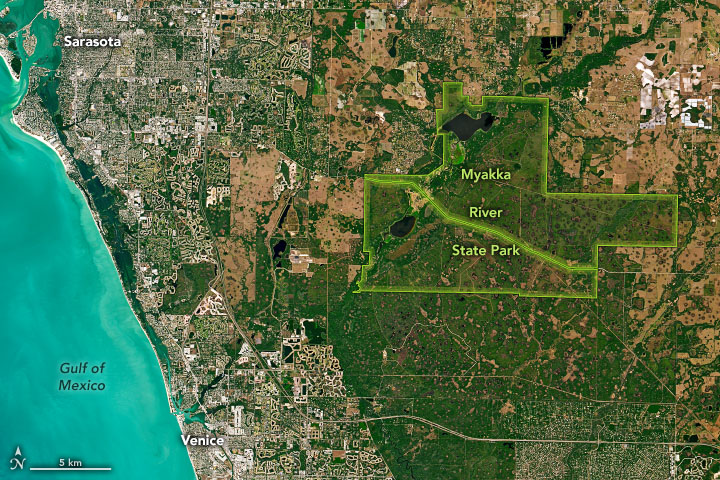 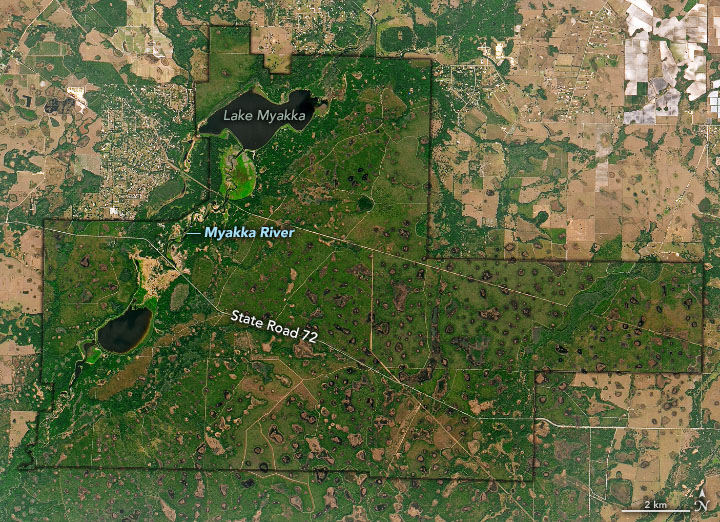 While new development has chewed away at wild lands in southwestern Florida in recent decades, Myakka River State Park remains an oasis for wildlife.

On January 31, 2022, the Operational Land Imager (OLI) on Landsat 8 acquired this image of the park. Park boundaries have been overlaid on the image. The centerpiece of the park, accessible by Florida State Road 72, is the Myakka River. The tea-colored blackwater river flows south through Manatee, Sarasota, and Charlotte counties into Charlotte Harbor, a bay connected to the Gulf of Mexico.

Before reaching the coast, the Myakka flows through a distinctive karst landscape—a type of terrain formed when groundwater dissolves sections of limestone or dolomite bedrock to create sinkholes, caves, troughs, hydric hammocks, and other features. Some of these features—which give the landscape a dotted appearance when viewed from above—have become lakes and shallow wetlands that brim with wildlife. 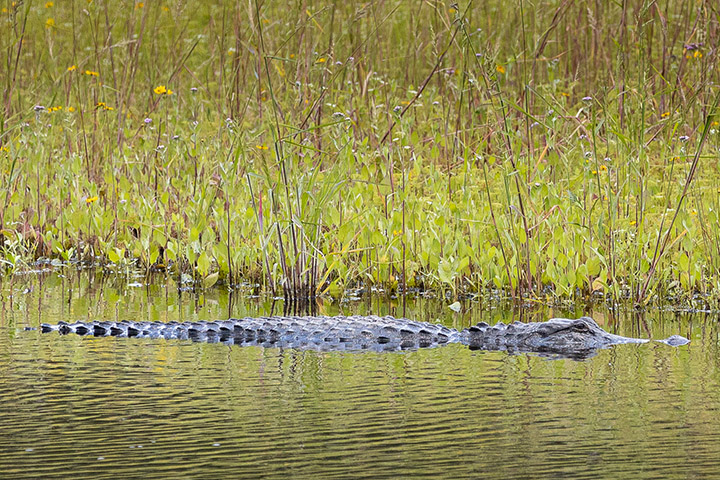 At times, large numbers of alligators congregate around a sinkhole known as Deep Hole, according to Florida environmental officials. Measuring 295 feet (90 meters) wide and 130 feet (40 meters) deep, the sinkhole is overtaken by Lower Myakka Lake in the summer. But it becomes a magnet for alligators in the dry winter months when other wetlands dry up and fish get trapped in the sinkhole.

The park was established in the 1930s and developed by the Civilian Conservation Corps. Prior to becoming a park, most of the land was cattle pasture owned by Chicago heiress Bertha Palmer. The state legislature designated the Myakka River a wild and scenic river in 1985.