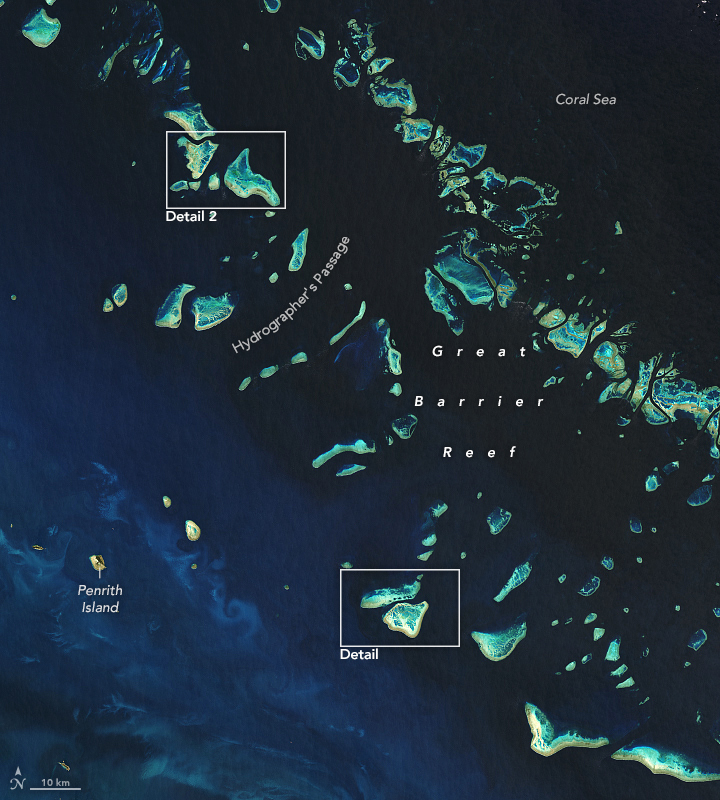 The Great Barrier Reef Through Time

The Great Barrier Reef off the northeast coast of Queensland, Australia, is the world’s largest reef system and one of the richest and most biodiverse natural ecosystems on Earth. Spread across 346,000 square kilometers (134,000 square miles) of the Coral Sea, it comprises 2,500 individual reefs, more than 900 islands.

In recent years, this natural wonder has been facing multiple threats, including ocean acidification and warming sea surface temperatures that cause coral bleaching. There have been six widespread bleaching events on the reef since 1998, four of which occurred since 2016, including this year. Although still higher than normal, sea surface temperatures began to wane in early April 2022. The Great Barrier Reef Marine Park Authority is assessing the effects the bleaching event had on the reef's health and its potential for recovery.

Global sea level rise will also bring changes to the reef system, as research shows it has in the past. The Great Barrier Reef has declined, migrated, and rebounded many times before.

Part of the southern Great Barrier Reef off Mackay is shown in these images acquired on August 9, 2020, by the Operational Land Imager (OLI) on Landsat 8. 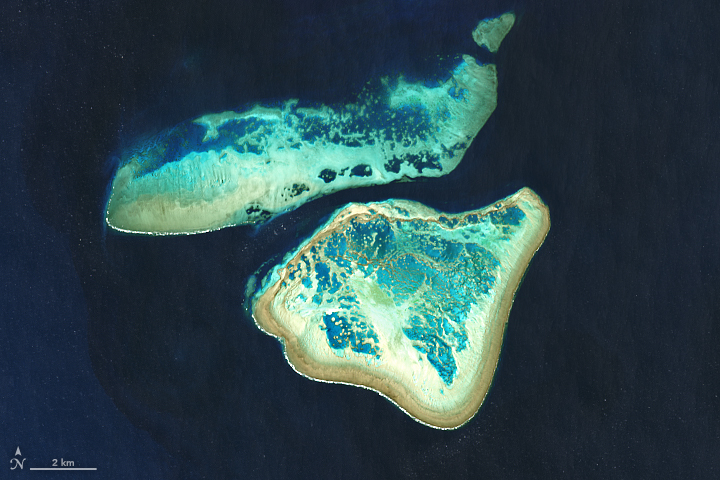 Some fossil reef structures and the shelf upon which the modern reefs have been built are several hundred thousand years old. However, the living reef that we see today is less than 10,000 years old. It is just the latest of at least five reefs that have grown here over the past 30,000 years, according to research reported in 2018.

The University of Sydney-led research team drilled cores in the reef at Hydrographer’s Passage off Mackay and at Noggin Pass off Cairns. They found multiple landward and seaward migrations caused by sea level change, which is the primary driver of reef growth and migration. During ice ages, massive amounts of water are locked up in glaciers and ice sheets; sea level drops and sea surface temperatures cool. During interglacial periods, sea levels rise and water temperatures warm. As sea level changes, coral polyps will build up their calcium carbonate skeletons to stay within the photic zone, the upper ocean layers where sunlight can penetrate.

At times, the reef tracked rising sea level, growing vertically up to 20 meters (65 feet) per thousand years and migrating laterally at 1.5 meters (5 feet) per year, the researchers found. At other times, however, sea level rose too quickly for the corals to keep up and the reefs were drowned. Rapid sea level drops also caused some die-offs by exposing the reef above the water surface.

The researchers also examined the reefs’ responses to changes in water depth, sea surface temperature, and the influx of sediment. “As an ecosystem, the Great Barrier Reef has been more resilient to past sea-level and temperature fluctuations than previously thought,” they wrote, “but it has been highly sensitive to increased sediment input over centennial–millennial timescales.” 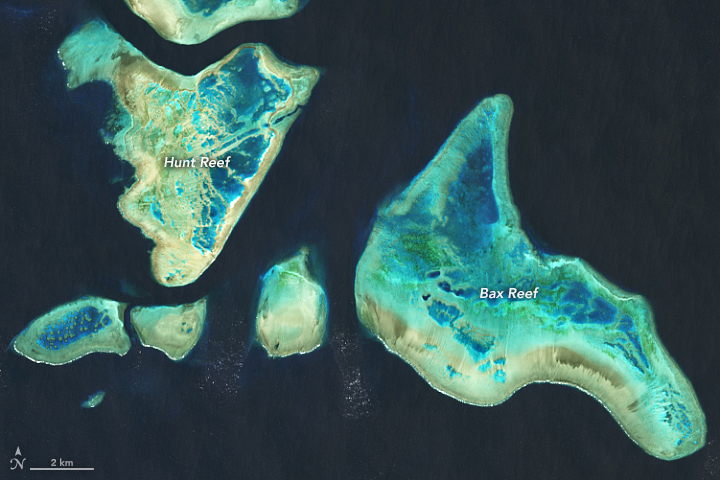