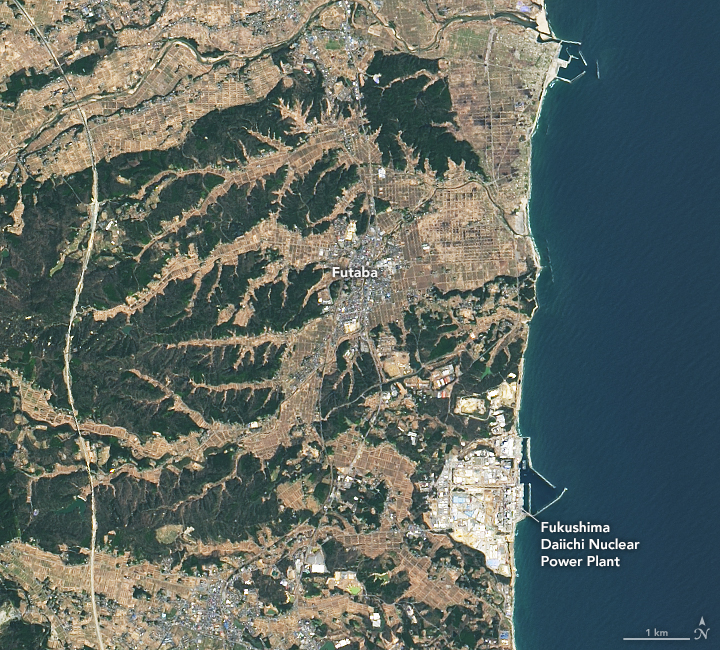 A Renewable Future for Fukushima

In 2011, an earthquake and tsunami damaged nuclear reactors and released radioactive material from the Fukushima Daiichi Nuclear Power Plant in northeastern Japan. More than a decade later, the area around the damaged power plant has become a hub of renewable energy production.

Many fields no longer suitable for farming now gleam with rows of solar panels due to a multibillion-yen investment in renewable energy. Government and industry financiers are pursuing plans to develop 11 solar farms and 10 wind farms on abandoned or contaminated land around Fukushima, according to news reports.

The Operational Land Imager (OLI) on Landsat 8 acquired this natural-color image of the region on March 31, 2021. For comparison, the other image shows the same area in April 2014. Some of the most prominent solar installations are located near the towns of Futaba (above) and Tomioka (below). 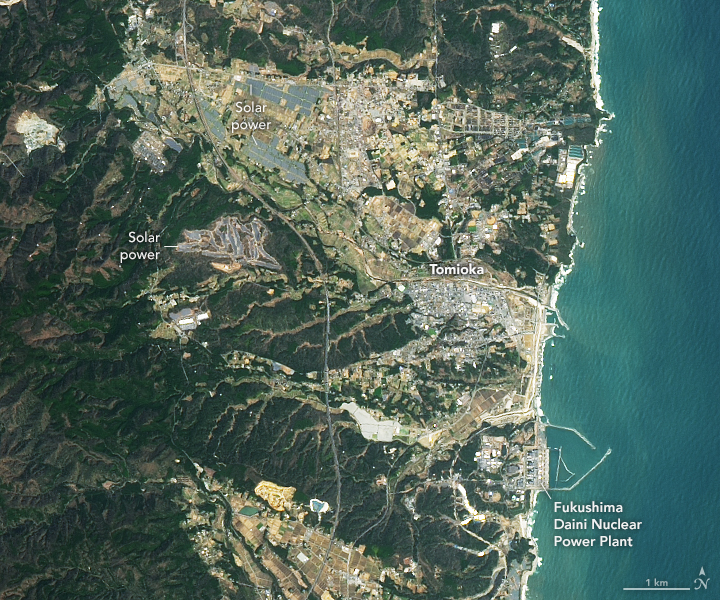 Prior to the accident at Fukushima, nuclear power provided about one quarter of Japan’s electricity. This share plummeted to less than 1 percent after the accident. The rapid expansion of renewable energy production has helped compensate for the change, but the share of natural gas and coal has increased significantly as well, according to data from the U.S. Energy Information Administration. In recent years, the use of nuclear power in Japan has also rebounded, accounting for 7 percent of electricity generation in 2019.