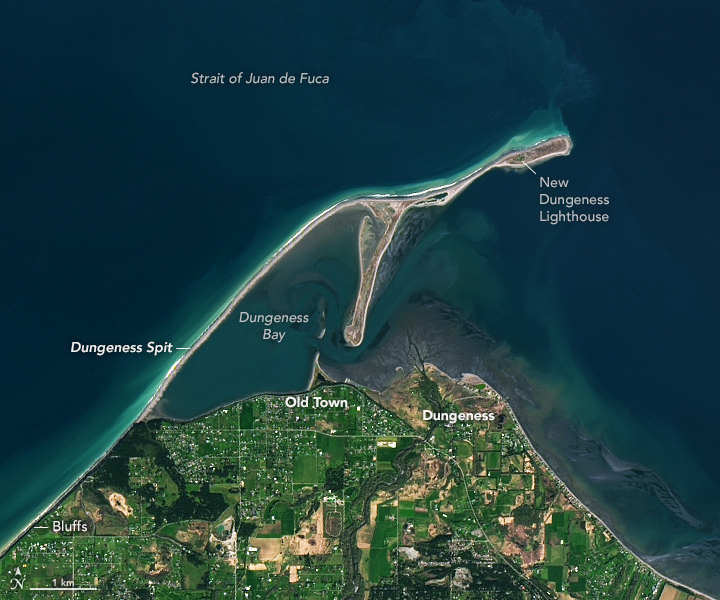 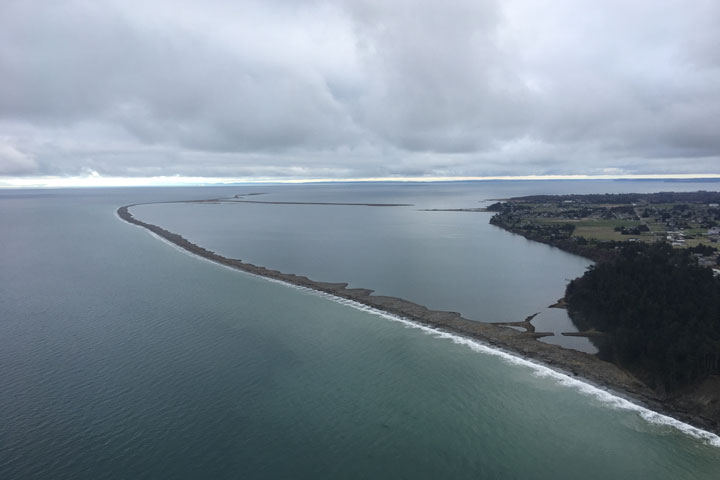 Visit a seafood restaurant in western Washington and you will likely see Dungeness crab on the menu. The crustacean got its name from a small town on the north coast of the Olympic Peninsula, where the species was first commercially fished in the mid-1800s. But there is more to the area than just crabs. It is also the site of the longest sand spit in the United States.

The town, the bay, the spit, and its lighthouse—all named Dungeness—are visible in this image, acquired on April 6, 2022, with the Operational Land Imager-2 (OLI-2) on Landsat 9. Before the arrival of Europeans, the S’Klallam indigenous people had named the spit Tsi-tsa-kwick and the bay Tses-kut. British explorer George Vancouver dubbed the area New Dungeness in 1792 because he thought it resembled the Dungeness headland in the English Channel.

According to David Parks, a geologist with Washington’s Department of Natural Resources, the spit began forming about 5,000 years ago after glacial ice retreated and sea levels stabilized. Sediments naturally erode from bluffs southwest of the spit, drift in the water parallel to the shore, and feed the spit. Scientists estimate that between 1855 and 1985, the spit grew by about 14 feet (4 meters) per year. The spit now measures about 5 miles (8 kilometers) long. 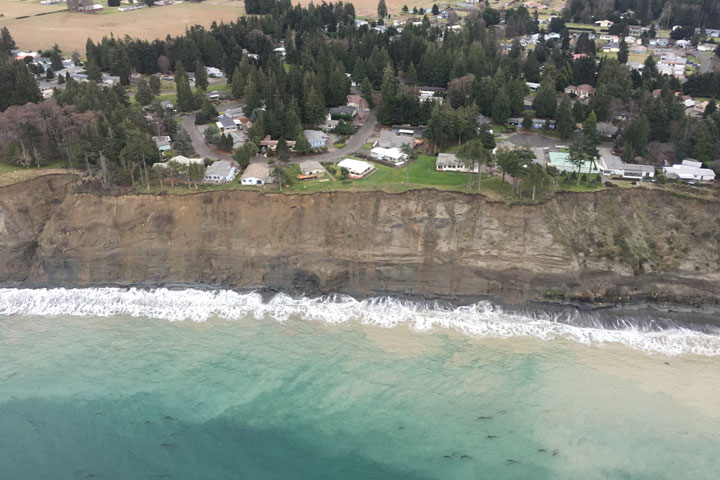 “Dungeness Spit is a dynamic landform,” Parks said. Year-to-year changes are most obvious at spit’s eastern end, where the amount of growth reflects the amount of sediment supplied to the spit from the bluffs. (These changes are not especially apparent at the resolution of Landsat satellites.) In some years, storms cause water to temporarily breach the spit, although gaps quickly fill in with new sediment.

Sediment can naturally erode from the Dungeness bluffs because they are relatively unarmored--the practice of using huge, car-sized rocks to control erosion. Sediments from bluff erosion provide just the right habitat for the spawning of forage fish—the small fish that become prey for salmon, birds, and whales. Forage fish depend on shorelines with small grains of sand and gravel to deposit their eggs. Armoring a bluff can cause the adjacent beach to become dominated by larger rocks unsuitable for spawning.

Sediments from erosion are also important for sustaining the spit. “If bluff erosion is limited by shoreline armoring, Dungeness Spit will begin to erode very quickly. That erosion has the potential to impact the Dungeness National Wildlife Refuge and all the resources within Dungeness Bay,” Parks said. “Dungeness Spit shelters Dungeness Bay, which has extensive eelgrass beds that support a great variety of marine species including Pacific Herring, and of course, Dungeness crab.”