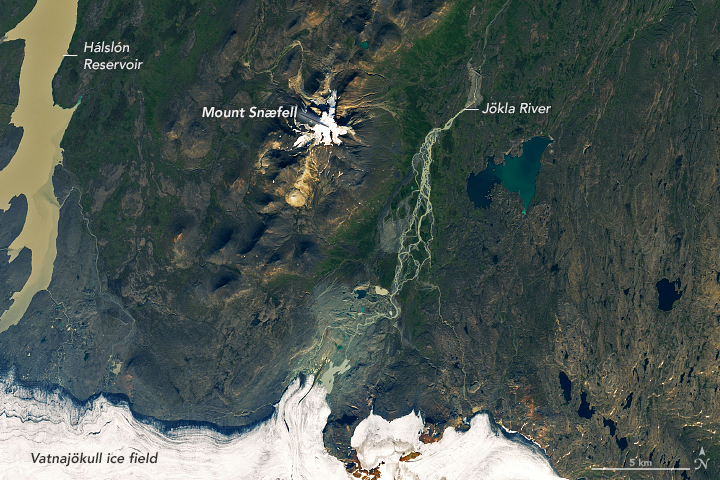 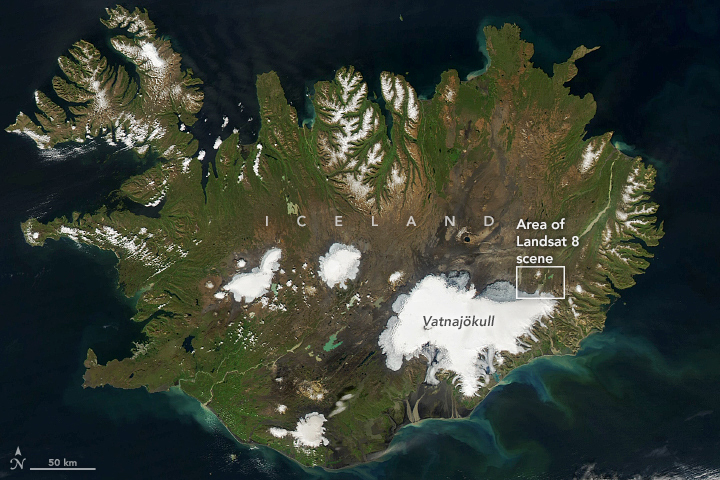 Reindeer were first brought by royal decree from Norway to Iceland in the 1700s after diseases had killed about 60 percent of the island’s sheep population. Initially there was hope they could be domesticated and be kept on farms. But early efforts at reindeer husbandry fizzled due to the harsh winters, competition with sheep farmers, and lack of interest among Icelanders in raising the animals.

Nonetheless, wild reindeer thrived in East Iceland, an area with plenty of a key type of lichen (Cetraria islandica) for herds to consume. The population swelled from a few dozen reindeer in the 1700s to more than 5,000 now. Many of Iceland’s reindeer now spend much of their time in the summer foraging in the highlands near Mount Snæfell. When winter weather arrives, they descend into warmer valleys closer to the ocean.

The Operational Land Imager (OLI) on Landsat 8 captured this image of Mount Snæfell and the surrounding area on September 9, 2021. The Hálslón Reservoir lies to the west and the Vatnajökull ice field to the south. As seen in the second image, the highland plateau north and northeast of Vatnajökull glacier is the only place in Iceland with continuous vegetation from the seashore to Vatnajökull. That image was acquired by the Moderate Resolution Imaging Spectroradiometer (MODIS) on NASA’s Aqua satellite. 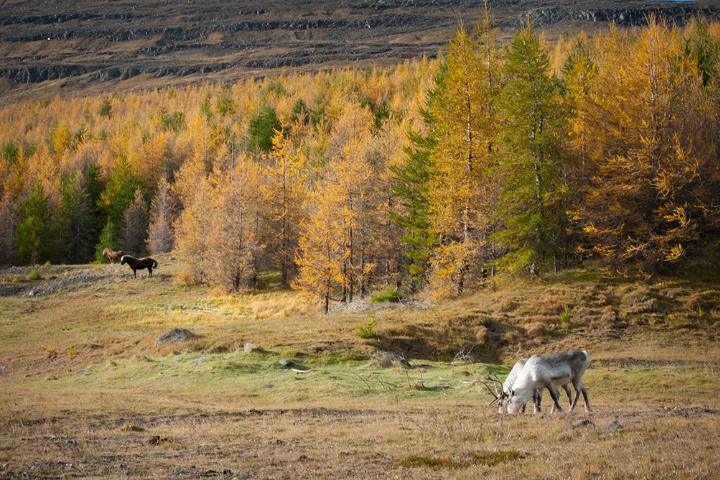 Limited grazing land can be a problem in Iceland due to the island’s long, cold winters. Satellite observations of vegetation—particularly a measure called the Normalized Difference Vegetation Index (NDVI)—are among the tools that researchers and wildlife managers use to monitor the health of pastures and reindeer populations in East Iceland.

Reindeer in East Iceland don’t have to contend with any natural predators, parasitic flies, or mosquitoes. To keep reindeer populations in check, human hunters are permitted to kill about 1000 - 1,300 of the animals each year.

“To prevent overgrazing, we keep the density of winter populations under one animal per square kilometer,” explained Skarphéðinn Þórisson of the East Iceland Nature Centre. “Most of the overgrazing that happens in Iceland is related to sheep farming—not reindeer—and happens mainly in areas other than East Iceland.”